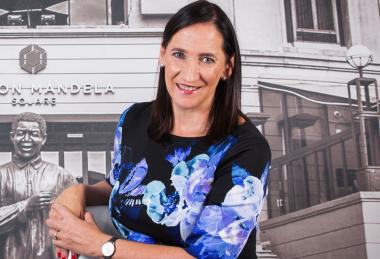 Liberty Two Degrees (JSE:L2D), the owners of flagship Sandton City, Eastgate Shopping Centre and Melrose Arch, says it had converted to a Real Estate Investment Trust (Reit), and significantly “bulked up” its asset base.

Liberty Two Degrees (L2D) has had a tough run since listing nearly two years ago. The share price has been on a steady decline since the Liberty Group brought a portion of its property assets to the JSE via L2D in early December 2016.

But in its annual report ending December 2018, CEO Amelia Beattie told SA Commercial prop News that the company made great strides towards its strategic objectives of growing the size of the property fund in a difficult economic period.

The retail-focused REIT released results showing net property income of R589.1 million, compared to the restated R429.1m in the previous year after taking into account the additional assets acquired and asset management income.

L2D’s portfolio is trading well and has recorded a positive year-on-year trading density growth of 2.9% in 2018 compared to -3.6% at 31 December 2017. This performance was underpinned by an improvement in annual trading densities of 3.9% and 2.9% at Sandton City and Eastgate Shopping Centre respectively.

The managment made strides in lowering vacancies across its overall portfolio, which fell to 3.4%, compared with 6.4% at the end of December 2017. Retail vacancies were 1.2%

The office sector remains under pressure largely due to dampened demand and a subdued economic growth as well as a competitive environment and an oversupply in the Sandton business district. Office vacancies decreased to 8.0% from 10.3% which was below South African Property Owners’ Association (Sapoa) rate of 11.1%.

In the period, the space vacated by Stuttafords was fully let at Sandton City and Eastgate Shopping Centre, which introduced new stores that the centres could not previously accommodate.

The successful conversion to a corporate REIT in November 2018 saw the cancellation of the Liberty PUT option, the internalisastion of the management company and the introduction of a conservative level of debt to the capital structure, lowering the weighted average cost of capital.

José Snyders, Financial Director at L2D said “The group’s conservative level of gearing offers some comfort in a difficult and uncertain environment, whilst retaining capacity to consider opportunities that may support our growth objectives.”

L2D was active in development activities in the year, with R148.4 million deployed into various initiatives notably the expansion of Midlands Mall to create the Lifestyle Centre, the Food Court upgrade at Sandton City which was renamed to the Food District as well as the Fun District which created an experiential platform for the family.

While the company was bullish about its operational performance going forward, Beattie concede that distributions would still be under pressure due to tough local conditions and concerns around embattled retailer Edcon Holdings.

L2D’s portfolio exposure to Edcon is 5.4% of the total gross lettable area of its portfolio.

Edcon, the owner of brands such as Edgars and Jet is struggling with a depressed consumer environment and the fallout of a debt-fuelled takeover in 2007. Banks and bondholders took control in 2016 to avoid the retailer failing.

Edcon is closing stores and reducing floor space while making progress toward securing R3bn in funding to keep the South African clothing retailer afloat, with the Public Investment Corporation part of the ongoing talk

Box smart at the CSOS

One of the most important reasons for the establishment of the CSOS is to provide a cost effective dispute resolution mechanism to community schemes.  Although there have been a number of reported “growing pains” related to this relatively young platform, we believe that it is proving to be useful. While there may be a long […]

Africa’s leading forum on the built environment sector – the Royal Institution of Chartered Surveyors (RICS) Summit Africa 2019 – is set to be hosted in Johannesburg’s financial district of Sandton Central in May. The fifth annual RICS Summit Africa will take place at Sun International’s Maslow Hotel Conference Centre from 29-30 May 2019 and […]