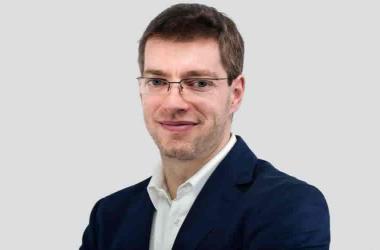 NEPI Rockcastle will still retain a listing on the Johannesburg Stock Exchange and Euronext Amsterdam listings.

Nepi, the JSE top 40 landlord that was recently cleared of misleading reporting by regulators in SA, says its shares will also be listed on the A2X exchange from June 18.

The listing, which will not result in additional shares issued, will enable the investing community with an additional channel in which to trade NEPI shares.

Commenting on the listing, NEPI Rockcastle’s CEO Alex Morar said: “Listing as the largest property share on the A2X brings an additional [R73 billion] market capitalization to the A2X.

Importantly to us at NEPI Rockcastle is that this provides current and potential shareholders an additional platform in which to trade our shares, besides the JSE and Euronext Amsterdam.

This listing reconfirms our firm commitment and support of a competitive market structure that is in line with global best practice.

The ability for our shareholders to have the choice of trading on two different exchanges in South Africa is testament to the continued growth and development of the capital markets.”

NEPI’s issued share capital will be unaffected by its listing on A2X. There is no cost, risk, or additional regulatory compliance as a result of this listing.

The company bonds are listed on the Irish and Bucharest Stock Exchanges.

Stock exchange A2X plans to get all of the JSE’s top 40 companies to take up listings within the next two years, having cemented itself as the JSE’s main competitor.

Emira Property Fund CEO Geoff Jennett, says its international and residential strategies helped the company to counter the effects of the relentlessly difficult domestic economy that is impeding growth. Emira Property Fund declared a 3.1% increase in distributions for its financial year ended June 2019, thanks to a push into the USA and local residential […]

Odyssey Medical Ballito introduces a medical centre of excellence. As an innovative mixed-use development, Odyssey will encompass healthcare, retail, commercial and residential opportunities all in one area; all within walking distance of one another. Odyssey’s medical centre is expected to launch officially to the public as soon as July 2020. “Odyssey has been designed to […]

Sign-up for the latest Property News in Southern Africa.