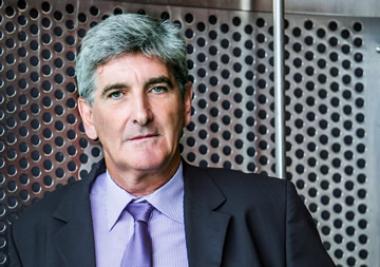 Robin Lockhart-Ross, Chairman of the Special Ad Hoc Subcommittee at Fortress, said the company wanted the FSCA to adequately probe parties that had made accusations against Fortress.

However, the probe did find evidence of inadequate governance, potential conflicts of interest and poor document management in some of these deals.

The report said they may have breached legislative and regulatory requirements in the conduct of some of its longer-standing directors in the-run up to its 2009 listing, including former CEO Mark Stevens and current chair Iraj Abedian.

The investigation was undertaken by a special subcommittee set up by the real estate investment trust. The subcommittee appointed auditors PwC to review share trading activities, as well as certain historic property transactions undertaken by Fortress and its directors.

The probe was requested by several institutional shareholders last year after the claims were made against Fortress and other companies related to Resilient REIT.

“The Board is comforted that PwC as an independent third-party professional firm conducted a thorough review extending over the last six months and that PwC did not find any substantive evidence to support the allegations of illegality and impropriety made against the Company and its current or former Management,” says Chairman of the Special Ad Hoc Subcommittee, Robin Lockhart-Ross.

There are nevertheless a number of “important learnings” that the Fortress Board takes from the review.

“While there is no evidence of any misconduct or malfeasance, there were clearly some governance lapses and technical breaches in certain of the historic transactions, which date back over ten years prior to or at the formation of Fortress in 2009. These should, however,  be seen in the context of the market of ten years ago where an entrepreneurial culture and different governance climate were in place,” says Lockhart-Ross.

Stevens has been accused of benefiting unfairly from related party deals prior to the Fortress listing, including one where Madison Park, in which his private company MWS Investments owned a stake, sold 13 properties to Fortress. PwC said Fortress did not overpay, and over the long run the fund benefited from the sale, but Stevens also should have disclosed his conflict of interests.

Stevens who has departed as CEO said he was pleased that PwC had released its report.

Abedian was formerly chair of Pangbourne, a group bought by Capital Property Fund in 2011, which was later taken over by Fortress. He was accused of losing his independence as a director and not disclosing his direct interests with businesses with which Pangbourne did business. For example, Pangbourne lent money to Pan African General Equity Company (Page) to acquire its interest in Aspire. Abedian was a shareholder in Page.

But he said he had fulfilled director roles at Fortress and companies related to it including Pangbourne to the best of his ability, and had always declared any shareholder interests.

Throughout this process, Fortress has made available a whistleblowers’ hotline for any parties in possession of relevant information to submit that directly to PwC, but that channel yielded only two submissions, which were included in and considered by PwC in their investigation.

“We are committed as a Board to achieving and are making significant headway as a Company towards best practice governance standards in our sector and are taking the right steps in the right direction towards improved transparency and engagement,” says Fortress CEO-designate Steve Brown, pointing to the recent announcement on Fortress’s extensive engagement with and response to stakeholders on its remuneration policy.

Perennial appeal of The “Parks” suburbs in Johannesburg

Comprising the cosmopolitan suburbs of Parktown North, Parkview, Parkwood and Parkhurst, The “Parks” has maintained its perennial appeal as one of Johannesburg’s most sought-after residential areas. The suburbs are known for their trendy and vibrant lifestyle, al fresco dining and excellent location close to prestigious schools, making them the ideal option for families looking for […]

The National Home Builders Registration Council will resume offering its full service operations at its main Provincial Offices as of Monday, 8th of June 2020 in line with the Level 3 Lockdown Regulations. Offices that will be reopened include Sunninghill, Pretoria, Cape Town, George, Durban, Polokwane, Port Elizabeth, East London, Rustenburg, Bloemfontein, Kimberley and Mbombela. […]

Deserted factories to be converted into Affordable Housing