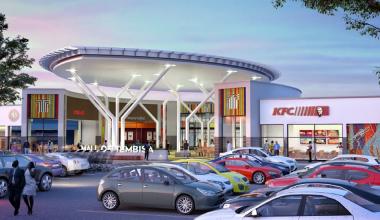 An artist impression showing the entrance of the R850 million Mall of Tembisa on Gauteng’s East Rand.

Construction of Mall of Tembisa commenced early April and is set to be built in the township’s most densely populated area as retail boom continues.

McCormick Property Development (MPD) has confirmed that it is currently developing a new 42 889sqm shopping centre in Tembisa on Gauteng’s East Rand.

Speaking to SA Commercial Prop News, the company said the R850 million mall is scheduled to open in the last quarter of 2020.

The initial dolomite assessments undertaken in 2018 indicated pockets of dolomite which resulted in further assessments and pre-drilling of the site to assess and strategiseon the way forward. 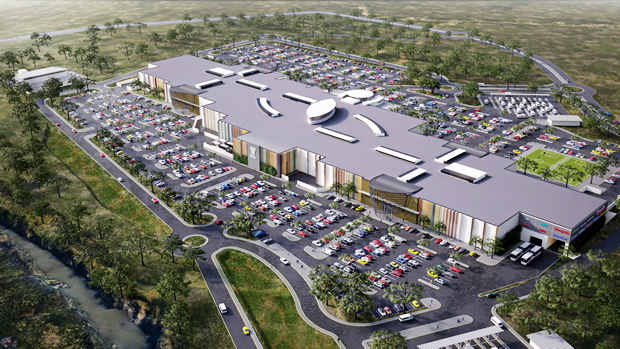 The centre will be located in the under-serviced north-western quadrant of the sprawling township of Tembisa, on the main thoroughfare of Olifantsfontein road.

The project is being undertaken in conjunction with KJA Developments. As specialists in low cost housing, KJA will add the high-density residential components to what will ultimately be a mixed-use development, including logistic and commercial developments.

The Mall of Tembisa has been designed to take full advantage of its excellent visibility off the main road, without turning its back on the residential suburbs which surround it. 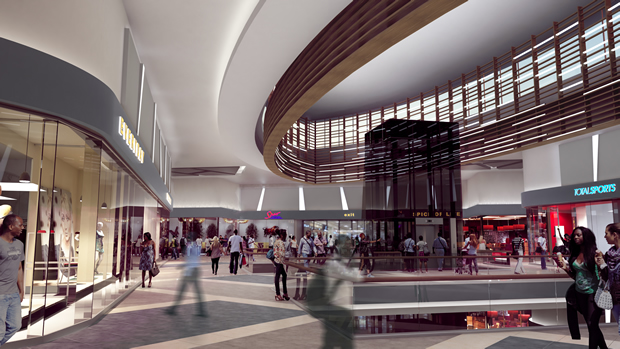 Rainwater harvesting and solar photovoltaic panels will be contributing factors in developing the mall to world class standards.

The mall will bring quality retail facilities to an area which currently has little in the way of shopping amenities and the rights exist to expand the retail portion to 80,000m 2 as demand dictates.

“We are excited to get going on this phase of the project as it takes us one step closer in our goal of delivering top class retail to previously under serviced areas,” says Managing Director of MPD, Jason McCormick. 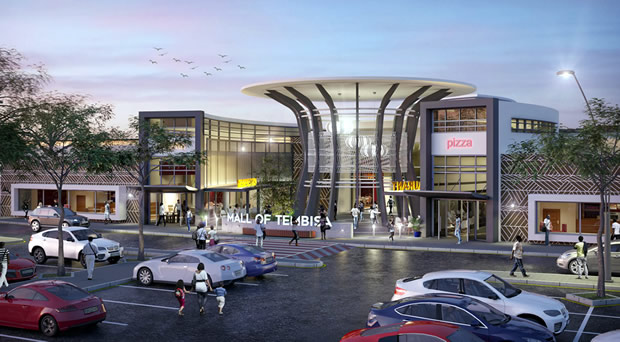 Meanwhile, McCormick and bus company Putco’s property arm, Putprop, have agreed to develop and co-own a shopping centre in Mamelodi, Tshwane and another in Dobsonville, Soweto.

McCormick, which builds malls in semi-urban areas and townships, was founded in 1983 by John McCormick. His son, Jason, is an executive at the group and in 2018 listed Exemplar REIT, a real estate investment trust with R5.5bn worth of retail assets, acquired from McCormick Development.

Tembisa is a large township situated to the north of Kempton Park on the East Rand, Gauteng, South Africa. It was established in 1957 when black people were resettled from Alexandra and other areas in Edenvale, Kempton Park, Midrand and Germiston.

The name Thembisa is a Nguni word meaning promise and hope was later misspelled as Tembisa. The settlement when it was founded carried with it a lot of hope and promise for a brighter future for its inhabitants.

Though its initial residents were forcefully removed from parts of Kempton Park and Edenvale, for the purpose of clearing blacks from “white areas”, settling in Tembisa also marked the end of years of harassment by apartheid authorities, and a reprieve from a life of squalor in their previous settlements.

WeWork has officially launched its third location in South Africa with the General Manager of WeWork South Africa, Stafford Masie, opening its first location in Cape Town. WeWork continues to build its presence across the country after the success of The Link in Johannesburg – which is fully occupied and hosts large enterprise businesses including […]

NEPI Rockcastle has achieved 27.31 eurocents in distributable earnings per share for the second half of 2019, which, aggregated with the 29.02 eurocents distribution for the six months ended 30 June 2019, resulted in a total distribution of 56.33 eurocents for the year ended 31 December 2019. CEO Alex Morar comments: “We are delighted to […]