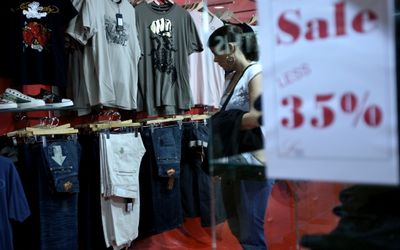 We have become used to certain categories of retail property experiencing lower capitalization rates than any other major property categories, most notably the larger categories of shopping centre such as regional shopping centres.. It wasn’t always that way. Back when Rode’s Capitalisation Rate (or “Cap Rate”) data started in the late 1980s, Witwatersrand Regional Shopping Centre Cap Rates averaged 10.1% at the end of 1988.

By comparison, Joburg CBD A Grade Office Space had a lower average cap rate of 9.6%, and Sandton A-Grade Space an average of 9.5%, while Central Witwatersrand Prime Industrial Property averaged only slightly worse at 10.8%. So at that stage, Witwatersrand Regional Shopping Centres were not the clearly favoured property class in the Johannesburg region.

Over the past 2 decades or so, however, Retail Property has strongly outperformed the Industrial and Office Property Segments, and more recently even Residential, it would appear.

As at the 4th quarter of 2015, Wits Regional Shopping Centre Cap Rates had reached a historic low of 6.9%, noticeably lower than Sandton A-Grade Office Leaseback’s 8.1%, Central Wits Prime Industrial’s 8.8%, and far ahead of the now-battling Joburg CBD A-Grade Office Sector’s 9.5%. Its all gone a bit off the boil since 2015, but Regional Shopping Centre Cap rates remain the lowest of these major categories in recent times.

Viewing performance over the past 22 years

Taking a view of Commercial Property Sector performance over a 22-year period from 1996 to 2017 (using the historic period for which the IPD has annual data), using IPD data, the Retail Property Sector has run far stronger than the other major property sectors.

Viewing the Average Capital Value Per Square Metre by property segments, Retail Property’s cumulative rise has far exceeded that of the Office and Industrial Segments over the 22 years from 1996 to 2017.

Using 1995 as the base year, the Average Capital Value Per Square Metre for Retail Property is estimated to have risen by a massive 877.4% over the 22-year period.

By comparison, the Industrial and Warehouse Sectors had a far more modest increase of 544.8%, and Office Space 523%. Although estimates of average house price growth are not exactly comparable, because they are done on a per unit basis instead of a per square metre basis, it would appear that Retail Property has even outperformed Residential Property over more than 2 decades. Our FNB Long Term House Price Index has inflated by a lesser 670.9%. The Retail and Residential segments appeared to be running “neck and neck in the last years of the pre-2008 property boom, but following the 2008/9 recession Retail Property has performed far more strongly.

In real terms, using economy-wide price inflation (as measured by the GDP Deflator) to adjust for “general inflation” in the economy, Retail Property’s rise in Average Capital Value per Square Metre was an impressive 117.3% from 1996 to 2017, Residential 71.4%, Industrial Property 43.4% and Office Space 38.5%.

Capital growth estimates net of capital expenditure over the 22 year period also show Retail Property to have delivered by far the strongest performance, to the tune of 342.5% in total from 1996 to 2017.

There is no measure available for Residential Property capital growth net of capex.

The strong operating cost growth could be sustained over the period due to a high level of “pricing power” of shopping centres, giving them the ability to pass much of these on via rentals or recoveries, in part reflected in the cumulative inflation rate in retail base rentals to the tune of 720.9% over the 22 year period, compared to 348.2% for Industrial Property and 317.1% for Office Space.

The operating cost growth for Retail Property was thus “acceptable” for a long while, with Income also growing strongly, and the sector still had an impressive 814.7%. in Retail Net Income growth.

Whereas Retail Income Return was at its highest point in the 22 year period as at 2004, recording 9.9%, it has been squeezed considerably, recording a lower 7.5% in 2017.

Over a period of 22 years, from 1996 to 2017, Retail Property outperformed the other major property categories in terms of capital growth, base rental growth and net income growth. Such was the strength of consumer demand and retail sales, that Retail Property owners were able to comfortably pass on significant operating cost increases to their tenant population.

However, this implies a major retail space affordability deterioration from a retailer/tenant point of view, the value of retail space, rentals and operating costs all far exceeding general inflation cumulatively over a long period of 22 years, from 1996 to 2017.

Ultimately, in weaker economic times one could expect this to lead to an intensifying search for cheaper alternatives by retailers attempting to contain their costs. One of the modern day alternatives to shopping centre retail is of course online retail, which to a very significant extent can bypass the costly retail centres.

When evaluating the different drivers of the growth in online retail, enhanced convenience for the consumer would no doubt be cited as one. But the strong performance and resultant significant deterioration in affordability of retail property over the past 2 decades could possibly be seen as another key boost for this alternative retail channel.