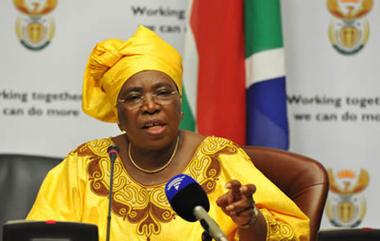 Addressing the colloquium, Planning, Monitoring and Evaluation Minister Nkosazana Dlamini-Zuma said land is a key asset to drive development, the reform of which must address socio-economic issues.

The ten-member expert Advisory Panel on Land Reform has its hands full with a looming deadline to submit a policy perspective to the Presidency that will drive land reform in the country.

With a deadline of 15 March 2019 on the horizon, the panel held its second colloquium on land reform to present, debate and suggest ideas on how to deliver an effective, productive and just reform policy.

The work of the panel is partly informed by a resolution of Parliament to consider expropriation of land without compensation.

The colloquium saw industry players converge at Saint George Hotel in Centurion to thrash out challenges and possible solutions to land reform.

Addressing the colloquium, Planning, Monitoring and Evaluation Minister Nkosazana Dlamini-Zuma said land is a key asset to drive development, the reform of which must address socio-economic issues.

“Land is the centrepiece in the development strategy towards the South Africa we want.

“Land is the most important asset because that is where all activities take place. It is not just important for agriculture but anyone who has a business must have land. If you have a residence you must have land,” said Dlamini-Zuma.

In addition to development, the Minister expressed that land reform must address gender inequality.

In a 2017 report, the World Economic Forum (WEF) estimated that land and property can form up to 75% of a nation’s wealth and yet women, who make up three quarters of the world’s population, cannot prove they own the land on which they live or work.

This, according to the WEF, is despite the fact that more than 400 million women farm and produce the majority of the world’s food supply.

Sharing some of the work done by her commission, Chief Land Claims Commissioner Nomfundo Gobodo-Ntloko pointed the advisory panel to challenges to heed in their policy perspective.

Entering into plenary sessions, delegates raised several issues that need to find expression in the much anticipated policy perspective.

Among the issues raised is determining the rightful owners of land, economic use of the land once in the hands of claimants and claimants opting for cash over land.