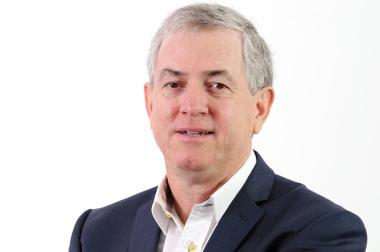 CEO Paul Leaf-Wright said, “2018/2019 was a tough year for property companies and we are pleased that notwithstanding the challenging environment, we were still able to deliver an increase in distributions to shareholders.”

The UK-based Real Estate Investment Trust (REIT) announced a full year distribution of 9.3 GBP pence per share, an increase of 2.2% from prior year.

Commenting on the results, CEO Paul Leaf-Wright said, “2018/2019 was a tough year for property companies and we are pleased that notwithstanding the challenging environment, we were still able to deliver an increase in distributions to shareholders.”

A key event subsequent to year end was the conversion of the Company to a UK REIT on 1 March 2019 (previously a Mauritian real estate company).

Paul Leaf-Wright commented, “Becoming a UK REIT was a goal we had previously communicated to shareholders. We believe that, especially given the pending changes to tax in the UK (where all our properties are held) that this move will have material long-term benefits for all shareholders. It also means that Atlantic Leaf’s future distributions will now be more directly comparable to other listed REITs, where distributions are all on a pre-tax basis.”

Subsequent to the year end, the Company sold its investment in the portfolio of the DFS outlets. Chief Investment Officer Shaun Fourie commented, “Atlantic Leaf held 45% in a JV portfolio and for a number of reasons believed it was the right move to exit the investment. We wanted to reduce our exposure to the retail property sector and to focus our investment activity on the industrial and logistics market, where we believe there is more long-term growth and less risk in general. Furthermore, the debt on the JV was due to be refinanced, and together with the need for capital expansion within the JV, we believed it was better to deploy any available capital into our focus area of industrial and logistics assets. Since its acquisition on 11 September 2017, the DFS JV delivered an above 9% overall return to Atlantic Leaf, so we were satisfied with its performance.”

The Company’s total assets under management increased to GBP 356 million at the year end, after properties were revalued down by GBP 6.9 million. Commenting on this, Mr. Fourie said that. “The retail warehouse and office portfolios had seen external valuations being lowered as result of market sentiment whilst our industrial and logistics assets increased in value. We believe the inherent values of the portfolio remains sound in that we have still a WALT of close to 10 years and all our tenants are performing in line with the leases. As noted, since the year end we have concluded a new lease on our Haydock asset, which should benefit the 2020 valuations.

Looking forward Paul Leaf-Wright noted, “2019/2020 will remain challenging with the operating environment in the UK still being influenced by the uncertainty of Brexit and with the outlook for raising of new capital, especially from the SA market, also not easy.”

We are though pleased that since year-end we are back to being 100% tenanted (at year end 97%). Our strategy for the year ahead will be focussed on redeploying the proceeds from the sale of the DFS asset, and to looking at further asset management initiatives with the aim of both protecting the underlying asset values and enhancing the income generating capacity within our portfolio.

Atlantic Leaf is targeting a 10 GBP pence per share distribution for 2019/2020, which on the current net asset value represents a forward yield in excess of 10%