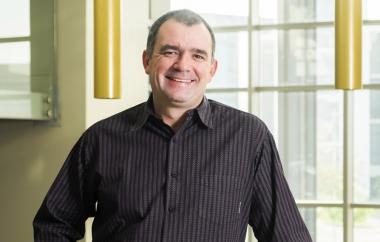 Attacq Limited, the developer of Waterfall City precinct in Gauteng and owner of Mall of Africa, has reported a 57.5%% drop in headline earnings for a tough six-month period to December 2020.

Rocked by a subdued economic backdrop, exacerbated by the COVID-19 pandemic and associated lockdowns, Attacq’s distributable income per share, which is the primary measure of underlying financial performance in the listed property sector, dropped 57.5% to 21c.

The decline is mainly due to R53.8 million in rental discounts granted, and MAS not paying a dividend for the period given the uncertainty caused by the pandemic. In the comparative period, a MAS dividend of R121.2 million was received.

The rental relief provided, continued in the 2021 financial year and during this period was mainly to support gyms, restaurants, cinemas and hotels in the South African portfolio which were more severely affected by the lockdown restrictions.

The company did not declare a dividend for the review period nor did it provide guidance on future dividends, citing economic uncertainty wrought by Covid-19. The decision not to declare a dividend was taken in mid-2020 to preserve cash and bolster its balance sheet.

CEO Melt Hamman, said, “2020 was an extraordinary year with significant uncertainty, resulting in continued pressures on the overall economy and property sector.”

Since the start of the pandemic, management’s focus has been on the group’s liquidity and capital structure. In doing so, available liquidity as at 31 December 2020 improved to R1.3 billion (30 June 2020: R1.1 billion) and an interest cover ratio (ICR) of 1.40 times was achieved.

The South African portfolio improved the occupancy rate of 96.4%, compared to 93.6% at 30 June 2020. Rental income declined by just 1.3% to R1.12 billion which is testament to the resilience of the property portfolio.

Waterfall City, the mixed-use development, remains a key driver in Attacq’s core business. For the six months under review, one midi warehouse of 4 603m2 GLA was completed, with the Nexus Courtyard Hotel, Building 4 at Corporate Campus and 269 residential units under construction at period end. The Courtyard Hotel opened for trade on 1 March 2021 whilst the first two towers of Ellipse, Newton and Kepler, are expected to be completed by the end May 2021 with transfers commencing before the end of June 2021.

Attacq’s reduced its shareholding in MAS post period end, the Group disposed of R885.1 million MAS shares resulting in Attacq’s shareholding in MAS decreasing to 10.9%. Raj Nana CFO of Attacq said,  “Our strategic focus on capital management and liquidity in order to improve our debt capacity has been a key priority for Attacq. The disposal proceeds will be deployed towards paying down our interesting-bearing debt, reducing our euro debt and funding upcoming development opportunities. Attacq is currently trading under cautionary relating to the proposed disposal of an investment property; the proceeds of which will be utilised to further reduce debt.”

Attacq also co-owns several malls in Ghana, Nigeria and Zambia, but is looking to sell underperforming retail assets. The so-called rest of Africa retail investments did not generate any distributable income in the review period.