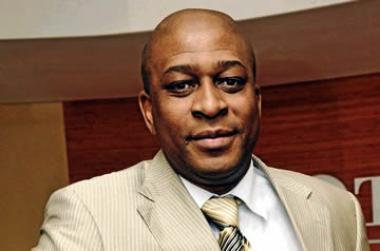 Delta Property Fund, headed by Sandile Nomvete seeks to reduce its reliance on South Africa after the group on posted what it described as its toughest financial year.

Government focused landlord, Delta Property Fund is looking to reduce its exposure within South Africa by diversifying property investments into other countries in southern Africa.

This comes after the group on Monday posted what it described as its toughest financial year yet, with distributable income for the year ending February 28, 2019 declining some 24%, to R527 million, compared to R691.6 million in 2018.

“It’s been the toughest year in our listed history, mainly as a result of the protraction in the bulk lease renewal programme. We are therefore very excited about the good progress made post the reporting period in renewing 151 018m2 of leases with our key tenants, and we believe that the balance will be concluded imminently,” said CEO Sandile Nomvete.

Its net property income declined 9.7% in the year. The company said its property valuations decreased by R227m, partly because of the slow pace of lease renewals by the Department of Public Works (DPW).

Earlier in March, Delta COO Otis Tshabalala said to investors that DPW had been slow to respond to a new leasing framework, first proposed in 2016, which contained longer-term leases at relatively lower rentals.

Meanwhile, Nomvete said the group has plans to reduce its concentration risk within South Africa by exploring investment opportunities in other countries in southern Africa.

The company placed an additional 10 buildings, all located in the Bloemfontein node, on its disposal list.

Delta renegotiated expiring debt facilities of R2.1 billion in the short-term with a view of diversifying its funding sources and renegotiating more market related terms on the back of longer weighted average lease term following the conclusion of the remainder of bulk leases with DPW. New facilities to the value of R0.2 billion was concluded.

Temporary refinance costs increased by 11.4% due to higher interest rates and restructuring fees, and the weighted average cost of funding increased to 10.2% (2018:9.2%), with interest cover at 2.1%.

2019-06-05
Previous Post: Ensuring the continuity of your business is a vital part of a good estate plan
Next Post: A snapshot of SA energy regulatory framework