Deserted factories to be converted into low-cost Affordable Housing 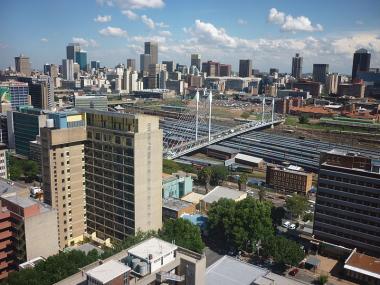 The City of Johannesburg (COJ) says it has identified abandoned factories in the city that it plans to expropriate in order to allow the private sector to turn them into low-cost affordable housing.

The City of Johannesburg (COJ) says it has identified abandoned factories in the city that it plans to expropriate in order to allow the private sector to turn them into low-cost affordable housing.

The 37 abandoned factories that have been identified are located in areas such as Kew, Devland, Rabie Ridge, Doornfontein, Booysens and Nancefield, with a particular interest in 16 factories identified near the township of Alexandra, which has been facing housing shortages for years.

“The City will now begin a process of preparing a proposal to Council in August 2019, which will allow the City to begin the legal proceedings of expropriating these properties as abandoned buildings. These factories will be expropriated within the existing legal framework of the Constitution.

“For this we will utilise the fact that they are abandoned, owners are untraceable and monies owing on these properties exceed their value,” Johannesburg Mayor Herman Mashaba said in a statement on Sunday.

The City will be able to put these properties out to the private sector once Council gives its support on it proposal.

The properties will then be awarded on the criteria that achieves the largest number of residential units, the lowest rentals, the highest job creation and investment, the City added.

“The City of Johannesburg, previously, has sought to tackle the housing backlog with a reliance upon RDP housing each year which could never begin to reduce the challenge. This is why the multi-party government has adopted an approach which is producing sizeable results in site and service projects, informal settlement upgrades, social housing and partnering with the private sector.

“In the environment in which government alone cannot address the staggering housing backlogs, it is imperative that we create the environment for the private sector to unleash the potential of their balance sheets, expertise and efficiency to the benefit of the poorest residents in our City,” Mashaba further explained.

The City plans to roll out over 2 000 RDP houses, 4 000 serviced stands and 10 informal settlement upgrades in the 2019/20 financial year with the hope that it will turnaround the housing backlogs in the city.

“Our residents cannot wait for dreams of new cities to materialise in the distant future, if at all. Our multi-party government will focus on fixing our existing City, turning derelict and decaying areas into high rise buildings that modernise our City, achieve investment, create jobs and provide accommodation to those who need it most,” Mashaba said.