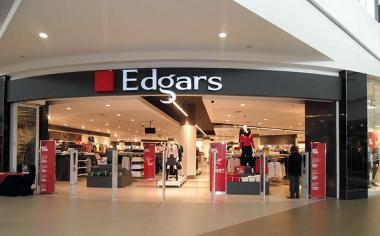 Edcon the parent company of Edgars, which had already been under a financial strain, said it may not reopen after lockdown.

Edcon, which had already been under a financial strain, revealed that the coronavirus has had a negative impact on the company and it would lose close to a billion rand during the 21-day lockdown period.

The bell may be tolling for Africa’s biggest non-food retailer after Edcon CEO Grant Pattison told suppliers last week the company would not be able to honour its contracts.

In an emotional conference all to suppliers, Pattison broke down, telling suppliers the company only had sufficient liquidity to pay salaries but was “unable to honour any other accounts payable during this period.”

Following the president’s first announcement on Sunday, 15 March, Edcon’s turnover has declined 45% in comparison to the same period last year. The company said by the time lockdown began, it expected to be around R400 million below forecasted sales and cash for the month, and expected to lose a further R800 million in turnover during the 21-day lockdown.

Edcon owns popular retail outlets Edgars and Jet and books and stationery outlet CNA. Its peer clothing giant The Foschini Group (TFG) plans to stop rental payments as a result of the lockdown.

The group has faced a heavy debt burden amid an environment of weak consumer spending and slow economic growth. In 2016, Bain Capital Private Equity handed Edcon over to creditors after a 2007 buyout, in which Edcon was delisted from the JSE, turned sour.

The Covid-19 lockdown is forcing more retailers into a position where they may not be able to pay their property rentals, which is set to add to the pressures being experienced by retail landlords and South Africa’s struggling listed property sector.

Clothing groups, DIY stores and general merchandise retailers such as Edcon, TFG, Mr Price, Pepkor (including JD Group), Truworths, and Massmart chains such as Builders Warehouse are set to be hard-hit during this period, with Easter holiday trade being affected.

Although yet to recover from Edcon’s woes, landlords are set to face even more intense pressure as Walmart-owned Massmart announced recently the closure of 23 DionWired stores accross the country. Massmart, which also owns the South African chains Game Stores, Makro, Dion, Builders and Jumbo Cash and Carry, slumped to a loss in the first half of last year as shoppers stayed away amid an economic downturn.

Minister of Health has announced that there are now 1,353 confirmed coronavirus cases in South Africa, as of 31 March 2020 – on day five of the nationwide lockdown.

2020-04-01
Previous Post: Rentals Lockdown To Do – Post #2 | Communicating with Landlords re Month-End & Arrears Management
Next Post: Things no one tells you about when you buy a new house