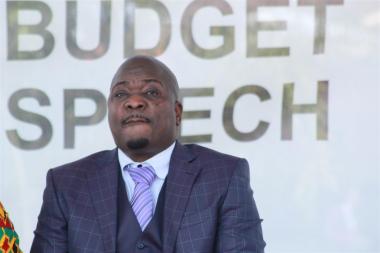 MMC for finance Doctor Nkosindiphile Xhakaza said the budget increase was as a result of the city’s commitment to investing in capital and infrastructure projects.

The City of Ekurhuleni tabled its R48.9 billion budget for the 2019/2020 financial year on Thursday, R11.4bn more than the previous financial year.

Tabling the budget and the integrated development plan at the council chambers in Germiston, MMC for finance Doctor Nkosindiphile Xhakaza said the budget increase was as a result of the city’s commitment to investing in capital and infrastructure projects.

Xhakaza explained: “It remains critical for the city to invest in its infrastructure and productive sectors to progressively meet the needs of the communities and grow the economy.”

The MMC also announced an increase in operating expenditure to R41.5bn, R3bn more than the previous financial year.

The operating expenditure is divided as follows:

“In this regard, we are committed to drive expenditure on capital projects to 90% in the 2019/20 financial year, with a 95% target over the medium-term revenue and expenditure framework.” said Xhakaza.

The MMC said the city would increase assessments rates by 7.5%. Electricity rates will increase by between 13.07% and 13.87% depending on usage.

The MMC further highlighted the city’s challenge in the collection of revenue for the city, noting that if the situation remained unchanged, the poor would be hardest hit.

“If the trend continues like this, the reality is that we may find ourselves in a position where we can no longer cross-subsidise the poor.”

Water tariffs will continue to increase in line with the pronouncement by Rand Water. The city has proposed an increase of 15%. Sanitation tariffs will rise by 11% while refuse tariffs are expected to jump by 7.5%.

Although the city has not increased cemetery and crematoria tariffs in the past five years, the city will now introduce an increase of 5.2% for residents and 6.5% for nonresidents. Xhakaza said this was due to the need to maintain cemeteries.

“It is imperative that our people are reminded that these tariffs are the backbone of our machinery to deliver quality and sustained services. That is why payment of services by those who can afford remains critical,” Xhakaza pleaded, urging those who cannot afford to pay to register for the indigent assistance programme.

Xhakaza said the vulnerable and indigent members of society will be catered for in line with the city’s pro-poor agenda introduced after the local government elections in 2016.

“Once again the city will shoulder the cost of R4bn for the social package. This we do because we believe in a better life for all.”