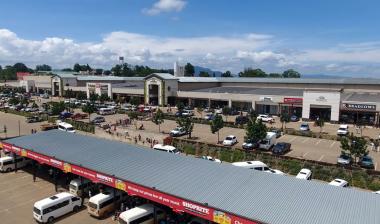 Limpopo’s Elim Mall, which is located in Makhado (formerly Louis Trichardt), is undergoing an expansion at a cost of R120m.

Limpopo’s Elim Mall, which is located in the south-east of Makhado formerly Louis Trichardt, is undergoing an expansion at a cost of R120m.

The owners, Twin City based in Pretoria, will add approximately 40 new stores to the existing 73 at the local mall, including a new food anchor.

The project is undertaken in partnership with the well-known Tlakula family in the area who has been a partner of Twin City since the mall opened in 2013. Some of the new brands expected to settle in are Spur, Nando’s and other major retailers with a community-driven offering.

This expansion of Elim Mall is expected to attract followers of the Venda Art Route on the R578 in this picturesque part of Limpopo.

A line-up of new shops will join existing anchor tenants like Shoprite, Boxer, Cashbuild, Builders Warehouse, major retail banks and a filling station. This further complements the recently opened Elim Value Centre across the road, which include Hi-Q, Builders Warehouse and AutoZone, also expanding the already strong mix in the node.

The new phase will offer new sit-down restaurants and water features, along with a focus on the commuter market – an integral link in the success of the development. About 200 parking bays will also be added to the expansive exterior.

Construction for the phase two development is planned for early next year.

Other developments by Twin City in the region include Paledi Mall in Mankweng (Polokwane region), currently undergoing an extension as well as Twin City Burgersfort and Groblersdal Mall, opened in 2017, that will also see further redevelopment over the next two years.