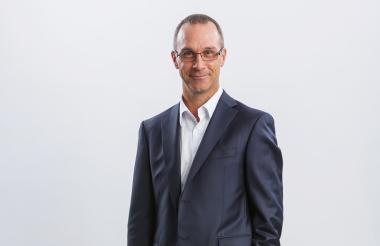 In spite of adverse local property fundamentals, Emira Property Fund, the only JSE-listed real estate company invested in the US, has turned in what it terms a ‘robust’ six months to December 2018.

After a few years of rather uninspiring returns, Emira Property Fund, which released financial results for its half-year to December on Wednesday, said it grew its dividend per share 3.1%, in line with guidance.

Emira was out of favour for a few years, mainly because of its overexposure to the underperforming office market. But Some fund managers said the group had become a reliable property fund again, having taken about two years to implement a turnaround strategy.

The company has made impressive headway in trimming its exposure to the office market by selling numerous offices buildings and recycling the proceeds into higher-growth investments.

Geoff Jennett, CEO of Emira Property Fund, says the diversified REIT’s international and residential strategies, which are well progressed, are helping the company to counter the effects of challenging local conditions and an uncertain political economy that is impeding growth.

During the reporting period, the company reduced portfolio vacancies from 4.5% in the prior half-year to 3.7%. Office vacancies improved from 9.4% at 31 December 2017 to 5.6% a year later.

The company disposed of a R1.8bn 25-office-asset portfolio to Inani Prop Holdings. Inani is 51% owned by Zungu Investment Company (Zico), a 98% black-owned and Level 1 B-BBEE entity, and 29% by Boyno Trade and Invest, a subsidiary of One Property Holdings.

Emira owns the remaining 20%. After Competition Commission approval was received late in December 2018, the first 11 assets of R701.8m transferred to Inani on 4 January 2019. The remaining transfers should take place well before Emira’s June 2019 year-end.

The fund closed the year with 104 directly held South African properties valued at R12.7bn, including the 25 office buildings for the Inani transaction, which had yet to transfer.

Emira increased its international exposure to 10.8% of its balance sheet during the year, with its steadily growing US investment now representing 5% of its total assets or USD50.5m.

Income from its co-investment in the equity of a portfolio of grocery-anchored dominant value-orientated convenience retail centres in robust markets in the US totalled R30.1m. The portfolio now comprises six assets.

The most recent asset to transfer in December 2018 is Truman’s Marketplace shopping centre in Grandview, Missouri.

Emira invested a total USD6.1m for 49.5% equity interest in Truman’s Marketplace at an expected initial equity yield of 11.1% per annum.

Distributions from Growthpoint Properties Australia (GOZ) were down 8% after Emira sold GOZ units during the period in addition to those it sold in June 2018.

The distribution per unit from the underlying GOZ units, however, increased by 3.6%. Emira’s remaining investment of 3.3% of total GOZ units in issue is valued at R918.1m, which represents a 161.5% increase on its initial investment.

Emira began its first foray into residential property investment in FY18 with the residential conversion of the ex-Sasol Rosebank offices in a co-investment arrangement with the Feenstra Group.

The Bolton apartments will be valued at an estimated R207m when completed in May 2019.

The company increased its exposure to the residential rental sector during the half-year by taking a 34.9% stake in JSE Alt-X listed Transcend Residential Property Fund.