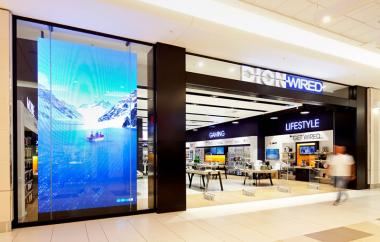 Massmart, which is 51% owned by US giant Walmart, has announced plans of closing 23 Dion-Wired stores and 11 Masscash wholesale outlets.

Retailer Massmart, which is 51% owned by US giant Walmart, has announced plans of closing 23 Dion-Wired stores and 11 Masscash wholesale outlets, a move that lead to the loss of up to 1,440 jobs.

Massmart started consulting with unions about store closures and jobs cuts, as the South African unit of Walmart Inc. battles to recover from an earnings slump.

Massmart says this was against the backdrop of a difficult economic environment, characterised by low economic and wage growth as well as constrained consumer confidence.

Massmart cut its full-year dividend by 40% last year and scrapped its interim dividend. The stock has more than halved in value over the past 12 months, the worst performer of the 13 stocks on the FTSE/JSE Africa General Retailers Index.

Massmart has a total of almost 450 stores across 13 countries in sub-Saharan Africa and about 48,500 full-time employees.