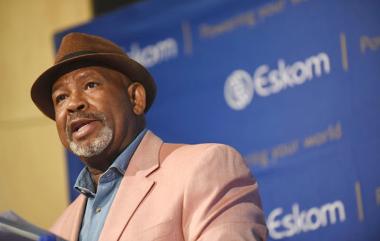 Eskom on Friday announced that its group chairman, Jabu Mabuza has tendered his resignation.

Eskom on Friday announced that its group chairman, Jabu Mabuza has tendered his resignation just after a week into renewed electricity rationing, as the utility failed to keep the lights on.

Mabuza resigned unexpectedly taking the rap for Eskom’s failure to meet the commitment made to President Cyril Ramaphosa that there would be no load-shedding before January 13.

The rolling blackouts resumed on Saturday and have continued throughout this week.

More board members are likely to follow in Mabuza’s footsteps. Mabuza was the utility’s sixth chairman since 2008.

Sources close to Mabuza say his resignation was imminent even from December, as the utility’s board faced constant political pressure and criticism for Eskom’s inability to reliably supply electricity.

In a statement issued on Friday Ramphosa’s office said that he had noted Mabuza’s resignation.

“In his resignation letter Mr Mabuza apologised for Eskom’s inability to meet the commitment it made to the president, the deputy president and the relevant ministers at a meeting on December 11 2019 to avoid load-shedding over this period. At this meeting, Eskom presented plans to ensure that the risk of load-shedding would be eliminated during the holiday period until January 13 2020. Eskom also outlined the risks affecting the national grid,” reads the presidency statement.

The EFF has welcomed the resignation of Mabuza – but is now calling for the head of public enterprises minister Pravin Gordhan.

“Mabuza’s resignation at the power utility is long overdue. He has demonstrated complete incompetence and absolute ignorance about energy and Eskom in general,” the EFF said in a statement.

Spokesperson Mbuyiseni Ndlozi said the resignation was not enough.

“The minister of public enterprises Pravin Gordhan must also follow and resign. He too is at the centre of the confusion, incompetence, paralysis and the lack of direction suffered by Eskom,” he said.

Meanwhile, the ANC lauded the resignation of Mabuza as a demonstration of accountability.

“The ANC further notes that Mr Mabuza states as the reason for his resignation Eskom’s failure to fulfil an undertaking made to President Ramaphosa and his deputy president David Mabuza in their capacities as president and deputy president of the Republic of South Africa; to keep the national electricity supply stable and ensure there will be no load-shedding until mid-January 2020,” said ANC spokesperson Pule Mabe.

Member of Parliament for the Democratic Alliance Ghaleb Cachalia said in a statement that the resignation of Eskom chair Jabu Mabuza presented the power utility with the opportunity to constitute a board that change action the reforms Eskom needs to recover.

“In parallel, the executive team needs to be bolstered from competent existing, but often hitherto side-lined employees. The time for cadre deployment is over. Competent people abound locally and internationally,” said Cachalia.

Johannesburg, October 2019: When Steyn City first launched in 2015, developers DouwSteyn and Giuseppe Plumari promised residents a city like no other. Now, as they revealtheir Vision 2020, it’s clear that this promise has been brought to fruition. “We’ve been busy creating the very best lifestyle in the world,” says Giuseppe Plumari, CEOof Steyn City […]

With banks’ increased appetite for lending, savvy buyers would do well to purchase properties in northern suburbs of Johannesburg currently offering good value. Says Richard Smith, Pam Golding Properties Hyde Park area manager: “In some cases, banks are giving 100% bonds to qualifying buyers, making this a good time for those who are thinking […]

Fortress A shares rebound with a market-leading 19.5% total return