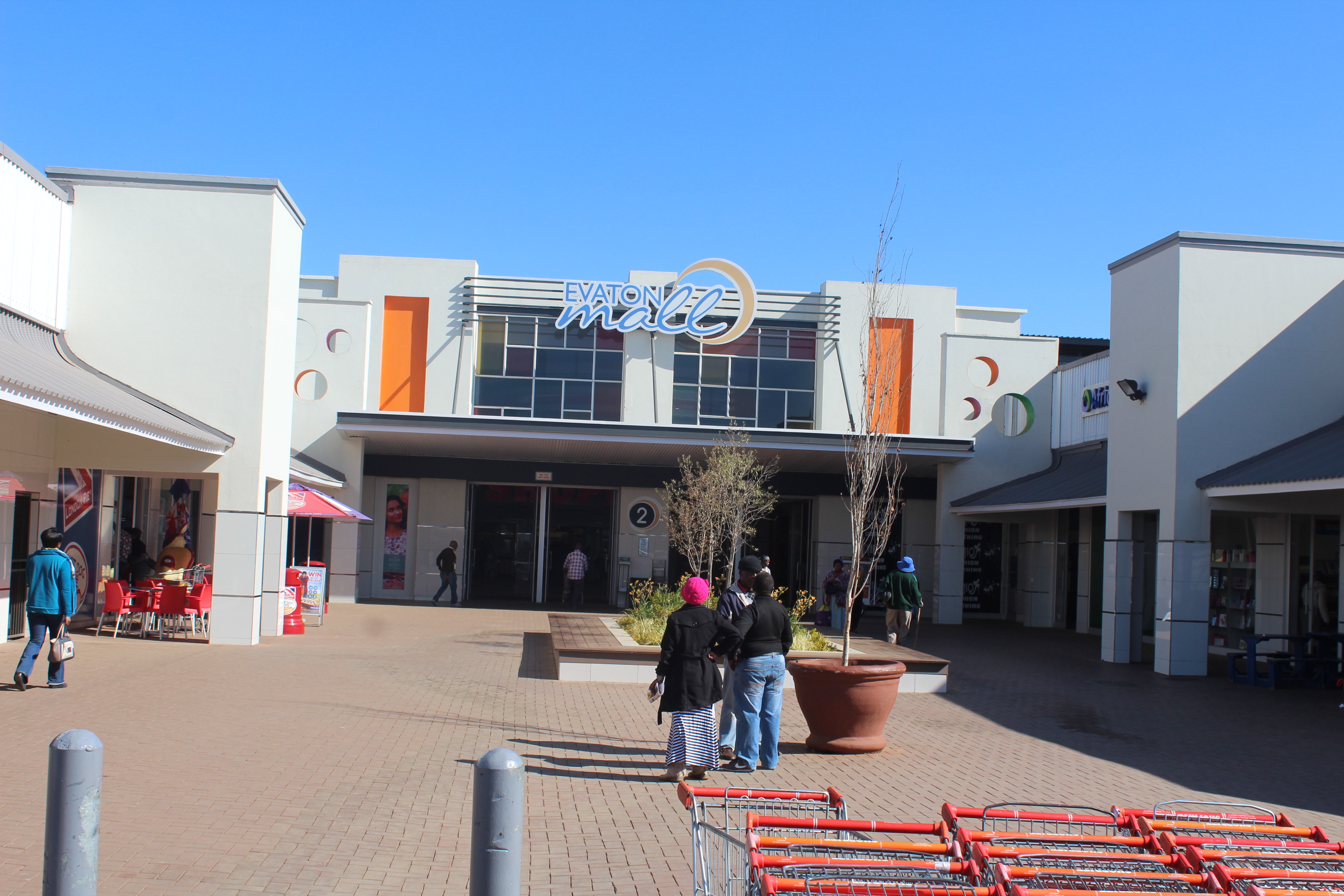 Evaton Mall, a regional shopping destination for the people of Sebokeng, is giving real meaning to its
“Mall for All” tagline by embarking on a range of community upliftment initiatives aimed at opening up socio-economic opportunities for people living in the vibrant township and surrounding areas in southern Gauteng.

The 36,000m2 property, dubbed the “Mall for All”, employs 886 people the vast majority of which reside in the surrounding communities of Evaton, Evaton West and Sebokeng (77.32%) as well as nearby Orange Farm, Sharpeville and Palm Springs (16.14%). The remaining 6.54% of workers employed at Evaton Mall hail from as far afield as Soweto, Johannesburg and the East Rand.
“As a resident of Evaton myself it is very encouraging to see the positive impact the Mall is having on our surrounding communities, not just in terms of being a social and retail hub but also as a provider of jobs to people from traditionally underserved areas,” says newly appointed Centre Manager Joseph
Mashabane.

“In many ways you could say Evaton Mall is the very heartbeat of our community since it serves as a destination centre where people can do everything from buying groceries and paying bills
to going out for a meal with family and friends.” Evaton Mall was revamped in 2016 by its owner, JSE-listed Fortress REIT, in order to optimise space and bring it in line with modern specifications that could attract blue-chip anchor tenants.

Conveniently situated on the corner of the Golden Highway and Easton Road, Evaton Mall serves the broader communities of Evaton, Sebokeng, Orange Farm, Sharpeville and Palm Springs, which are located in southern Gauteng near the industrial cities of Vanderbijlpark and Vereeniging. The mall offers an ideal mix of retail, food, banking and leisure outlets and even hosts Saturday morning fitness classes at its own Soccer Park, which boasts an artificial grass pitch. Anchor tenants include the likes of Game, Pick n Pay and Shoprite as well as household brandssuch as Standard Bank, Nedbank Capitec, Clicks, Ackermans, KFC, Chicken Licken, Debonairs, Foschini, Truworths, TotalSport and more.

“Evaton Mall offers a unique family environment, where parents and children alike are kept entertained with regular promotions and competitions,” says Mashabane. “Another thing that makes
us different is how we prioritise giving back to the community.” To live up to its tagline of being the “Mall for All”, the centre has been very proactive in creating job
opportunities for local community members through a variety of measures ranging from employing local youth to help enforce social distancing protocols to offering community members short-term employment in neighbourhood clean-up campaigns. Evaton Mall has also featured strongly in several of Fortress REIT’s Corporate Social Investment (CSI) initiatives such as grass roots soccer festivals, AIDS awareness campaigns, career expos and a nationwide fruit tree planting project aimed at boosting food security and developing nascent greenbelts in underserved communities.

“The Mall is surrounded by a very vibrant community and our goal is to involve that community in as many ways as possible,” says Mpho Liau, Marketing Manager of Evaton Mall. “The growth that I’ve experienced while working here is to realise that I am more than just a marketing manager but a servant to the community. We want to make the community proud. The mall is here to serve the community. When they support the mall we want to give back to our community and serve them in return by working hand in hand with the community.”
Among the various CSI initiatives Evaton Mall has participated in since 2017 include the following: ➢ The donation of pies and refreshments to a youth football tournament hosted by Forwardzone at the Evaton Mall soccer park in July 2017
➢ A donation towards transport, food and refreshments for 30 children and five caregivers for a trip to the Stars Of Africa Academy in September 2017
➢ Evaton Mall hosted an AIDS Awareness day in December 2017 and provided T-shirts, food and refreshments to all children in attendance
➢ Together with Roots Butchery, Evaton Mall donated book covers, stationary and school bags to Evaton West Primary school in January 2018
➢ In March 2018 Evaton Mall hosted its first annual Education Expo, which attracted fifteen exhibitors and 358 students from 20 local schools
➢ As part of Mandela Day celebrations on 18 July 2018, Evaton Mall Centre Management visited two children’s homes in Evaton West, Sedibeng Sa Bophelo to donate food parcels and assist
staff with daily activities.

➢ In April 2019 Fortress REIT partnered with Food & Trees for Africa (FTFA) to roll out a food security, environmental sustainability and greening programme at 21 schools and 500 homes
in the vicinity of Evaton Mall. The programme involved planting of 1375 fruit and shade trees at schools and homes in communities surrounding the mall while 144 people were trained on
how to provide care for the trees

➢ In May 2019 Evaton Mall hosted its second annual career expo which was attended by more than eight hundred students from around the Vaal region
➢ Evaton Mall provides a monthly pensioner’s assistance initiative to hand out warm soup to pensioners collecting their social grants at the centre.

This 18 month skills programme started May 2020 and gave 20 students the opportunity to embark on a career in the commercial property sector. Candidates were selected from the
local community and will on completion obtain an internationally recognized NQF3 certificate in Building and Civil Construction.

➢ Fortress REIT also embarked on a Local Economic Development Programme in conjunction with Property Point that targeted the Sebokeng area to support their Evaton Mall community.
The programme took applications from local businesses in the area. The aim is to upskill and identify suitable small businesses that would meet Fortress’ procurement requirement and
eventually enter become suppliers to the broader property market.