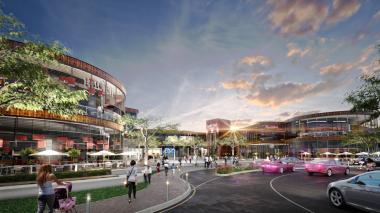 The development of Capital Mall in Pretoria will be phased with 60,000 sqm Gross Leasable Area (GLA) planned to open towards the end of 2021.

The development by one of SA’s oldest rural shopping centre developers, McCormick Property Development (MPD), of a massive shopping mall in Pretoria West costing at least R1.2 billion has been given the green light.

The development, Capital Mall, has been stuck in limbo, but an appeal to halt the development was overturned during a sitting of the City of Tshwane’s Municipal Appeals Tribunal (MAT) in April, the developers said.

“With direct access approved off both the N4 highway and WF Nkomo (Church) Street and situated on the planned N4/R55 interchange, the double level mall will anchor ‘Capital City’ – a R5 billion mixed-use development,” MPD said.

The development of the mall will be phased with 60,000 sqm Gross Leasable Area (GLA) planned to open towards the end of 2021.

MPD said that the design allows the mall to seamlessly expand to over 100,000 sqm in time, without the need for structured parking facilities.

The US is rated as having the most shopping centres relative to its population with 2,196 square meters/1,000 capita – followed by Canada, Australia and Norway.

However South Africa, Canada and the US have the highest level of shopping centre supply expressed relative to household consumption expenditure.