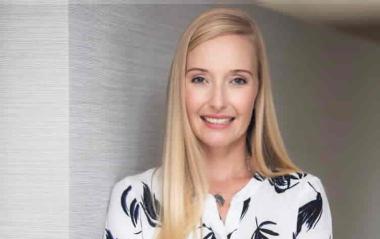 Bronwyn Corbett, the woman behind the formation, has patiently developed Grit Real Estate into a company which owns US dollar-based income generating shopping centres and offices in Africa.

Grit Real Estate (JSE: GTR) is leading the charge of investing in the African property industry. It should double its asset base in the next two years and expand beyond owning investments in 7 African countries.

South Africans have understandably been skittish about investing in the rest of Africa after the sharp oil and commodity price slump and the currency crises that hit a number of countries in 2015-2016.

In those years the sudden shift in the continent’s economic growth outlook forced a number of developers and JSE-listed property funds, which had entered the continent earlier this decade in search of US dollar-based returns, to reassess their investment strategies.

Meanwhile, Grit Real Estate Income Group Limited, the only listed pan-African property company is soaring and now has a pipeline of opportunities in Africa worth.

In a trading update released recently, the company said it sees potential investment opportunities worth $600m, predominantly in the industrial, corporate accommodation and hospitality sectors.

At the end of December 2018, the company’s property portfolio and other income-producing assets were valued at $796.4m. The company has grown from strength to strength since it was called Delta Africa some five years ago.

The properties are spread across Morocco, Botswana, Ghana, Kenya, Mauritius, Zambia and Mozambique.

For the year ending 30 June, EPRA portfolio occupancy rate rose to 97.2% from 96% reported at the end of December last year. Post the completion of Anfa Place redevelopment, the portfolio was expected to be 98.5% occupied, the company said.

The company expects to double its asset base within the next two years given its current pipeline of acquisitions and the demand for new property developments and landlords which provide world class services across the continent.

Bronwyn Corbett, the woman behind the formation, has patiently developed Grit into a company which owns income generating shopping centres and offices. The group has set up a management team on the ground which looks after the assets.

Initially, a number of analysts didn’t believe Bronwyn Corbett could get Grit to perform adequately. They said she was operating in an overly risky market and spreading her team across too wide a geographic area.

“Grit’s earnings and dividends are underpinned by the company’s secure, diversified and growing index-linked income stream as well as attractive capital appreciation from across our high-quality portfolio, which is delivering attractive returns to our shareholders.

We are well placed with an excellent platform for growth and we look forward to capitalising on a significant and growing pipeline of investment opportunities that the Company has currently identified,” said Corbett.

The company attracts investors partly because it manages to pay dividends in US Dollars. This means it works as a hedge against other African currencies. Investors would rather receive dividends in dollars which keep their value and aren’t too volatile.

Grit is actually on track to deliver a 12% total return to shareholders, and positive dividend growth, for the financial year to end-June.

The company is listed on the JSE and the London Stock Exchange which exposes it to vast array of investors. It wants to get a premium listing on the London exchange so that it can raise capital more easily and join indices which index trackers invest in.

Bridge Fund Managers, which has had an exposure to Grit since inception on the back of its strong management team, says the London listing is helping the company to achieve its long-term growth ambitions.

Unlike in the case of SA, there are large pools of foreign capital in the UK with mandates to expand into Africa.

Other property companies finally investing in Africa include Investec and Growthpoint Properties who are investing together.

The companies have a joint venture which recently bought a Ghanaian shopping centre from Attacq and Hyprop who were part of the AttAfrica venture.

Grit’s results are expected to be published around September 26, 2019.