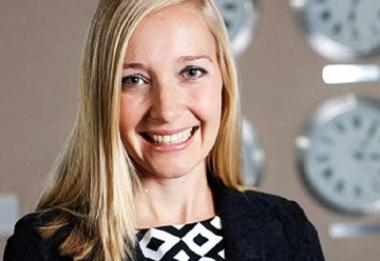 JSE’s pan-African property fund and LSE-listed Grit Real Estate is keeping its head above water at a time when volatility is a byword for Africa’s property industry.

Grit, which invests solely in real estate in the rest of Africa, released results for the six months to December 2018 on Thursday, showing net property income increased to US$25.4 million from $17.5 million in the prior year.

Its half-year dividend was declared at 5.25 US cents per share (cps).

The company’s decision to list on the London Stock Exchange (LSE) in the middle of 2018 has enabled the Africa-invested property stock to complete two acquisitions and also extend its shareholder base significantly.

“We successfully deployed the $132.2 million of capital raised from the London Stock Exchange Listing to complete strategic acquisitions in Ghana and Mozambique,” CEO Bronwyn Corbett said.

Income producing asset value increased by 19.8% to US$796.3 million during the period, following the successful deployment of the US$132.2 million raised during the LSE listing.

EPRA NAV return from operations showed an increase of US$7.5 cps although this was diluted by the impact of the $132.2m capital raised in July 2018, which resulted in a net decrease of US$3.8 cps (being the reduction due to the capital raise of US$4.6 cps less the resultant value uptick, net of costs, from the acquired properties of US$0.6 cps).

A further reduction in the NAV was due to the US$6.3 cps dividend paid in the period.

The Group utilized the proceeds of capital raised to complete asset purchases of:

The company’s portfolio is now situated between North, West, East and SADC.

“We target to have 50% of our portfolio located in investment grade countries in Africa, being Botswana, Morocco and Mauritius, characterized by the ease of doing business and more sophisticated capital markets,” said Corbett.

The balance of the proceeds was utilized to commence construction on a warehouse in Nairobi, Kenya and for capital calls for Gateway Delta (a development company of which the Group owns 19.98%).

The group maintains its targeted annual dividend growth of between 3% – 5% and minimum total annual net shareholder return target of 12%+ in US Dollars in 2019.

Lawrence Koikoi, a portfolio manager at Stanlib, said Grit’s fundamental numbers were strong while many South African funds were struggling.

“Initially many people were unsure of if the management could pull it off in Africa. They were looking throughout the continent for opportunities and we didn’t know if they’d be able to build a strong income-generating portfolio. But the team is now getting it right and Grit is becoming defensive and a good diversification opportunity away from South African stocks,” he said.