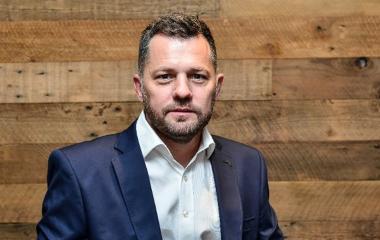 This comes after its Nigerian and Ghanaian property portfolio displayed lacklustre performance in the half year results which ended December 2018.

Hyprop last week reported lower dividend per share (DPS) growth of 2.5% to 385.6c on the back of the negative impact of its sub-Saharan African property investments.

However, the group said it successfully weathered the local headwinds to deliver 8,8% growth in distributable income from the South African portfolio, and achieved critical mass in the high-performing SEE portfolio which produced double that growth.

Newly-appointed CEO, Morné Wilken, says Hyprop’s ability to hold steady in SA’s turbulent conditions is testimony to the quality of its shopping centres and strong cash generation, which continue to underpin the group’s financial strength.

Given the backdrop of reducing consumer spend and political uncertainty, trading density in the SA portfolio deteriorated from positive 1.4% at December 2017 to negative 0,6%. However, the portfolio proved its mettle with The Glen and Rosebank Mall reporting double-digit rental income growth on the back of recent renovations, and Clearwater Mall achieving the same organically. Woodlands Boulevard is expected to improve its performance, as the Nu Metro and Food Court upgrades have been well received and new tenants are trading well.

Wilken says in the prevailing economic climate Hyprop is focussing even more intently on tenant arrears. As a result of the increase in arrears to R34 million, Hyprop added R11 million to bad debt provisions for the period. Wilken explains that the increase was not driven entirely by local economic difficulties, but also in part by seasonality and back-charges for rates increases.

Vacancies declined to 1.6% from 1.9% six months ago. Although lease renewal rates receded in the period, over half the floorspace under leases expiring in 2019 has been renewed, at average rental escalation rate of 7.3%.

Wilken says the group is particularly mindful of its exposure to the Edcon group and is working proactively to mitigate against this. “Our total exposure at a rental income level is 7.7%, and almost 7 600m² of Edcon’s total 67 000m² floorspace has already been taken back and, in the majority, re-tenanted.”

He adds that in principle Hyprop has agreed to support the Edcon restructuring proposal with a reduction in rentals, compensated for by equity participation in Edcon. “Whilst this will impact distributable earnings in the 2019 and 2020 financial years by 0.8% and 2.3%, respectively, it is considered an acceptable limitation of the risk.”

In South-Eastern Europe, the company continues to reap the benefits of a favourable macro environment, with ongoing increases in rental rates and trading densities across the portfolio. Wilken says EUR25 million worth of capital projects is planned or in progress, including a major upgrade to The Mall in Sofia (Bulgaria) that will see 40 new stores brought online.  “Mall expansion in the SEE portfolio is critical, as all of our malls are almost fully-let and tenant demand is strong.”

its sub-Saharan Africa portfolio remains a challenge in light of the severe trading conditions for some of the centres. “Taking into account the consequent weakness in the portfolio and the need to right-size some malls in the future, we have made prudent downward adjustments to the centres’ valuations resulting in a R1.07 billion impairment for the period.”

Going forward Wilken says the group is looking to reduce exposure to the region and has made good progress in identifying potential buyers for the African investments. “Certain of our African malls remain attractive acquisition opportunities, despite the negative trading conditions. For instance, Accra and Ikeja City Malls managed to grow foot count in the last six months, and the Achimoto and Kumasi malls successfully cut vacancies, despite the severity of retail conditions.”

In February Moody’s downgraded Hyprop’s credit rating. Hyprop’s calculation of its debt-to-asset ratio at June 2018 (32.6%) was significantly lower than Moody’s, taking into account only its attributable share of the net assets in Hystead (of which it owns 60%), the Hystead debt it guarantees and the back-to-back security for these guarantees from fellow shareholder PDI. Wilken asserts that this basis of calculation makes sense as it aligns with how the financial institutions compute Hyprop’s LTV ratio.

Given the sub-Saharan Africa scenario, the Edcon restructuring in SA and persistent harsh local macro conditions, Hyprop is forecasting distribution growth for the full year to June 2019 of approximately 2%.

Keillen Ndlovu, head of Listed Property at Stanlib, said Hyprop’s results were “reasonably good” given the challenging circumstances, especially in the rest of the continent.

“It looks like the new management team is creating a better base to work from going forward. They improved disclosure on the Hystead structure, which is misunderstood and therefore unliked by the market. The distribution growth outlook is not exciting but is expected, more so when one considers Hyprop’s bigger exposure to Edcon relative to the sector,” he added.

On the planned equity deal with Edcon, Ndlovu said: “It’s a tough call for landlords as Edcon anchors most malls and most malls were built around Edcon. Some of the older leases have clauses that attracted other retailers on condition that Edcon is in the mall.”

2019-03-07
Previous Post: Investors coining it from Mall of Africa’s owner Attacq
Next Post: Real Estate and Finance the star of South Africa’s GDP