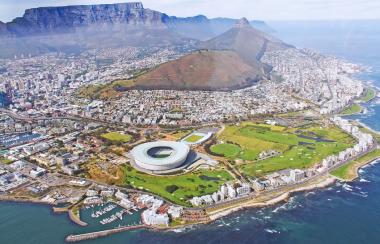 Citing policy and political uncertainty, the International Monetary Fund (IMF) on Tuesday lowered its forecast for South Africa’s economic growth in 2019, from 1.5 percent to 1.3 percent.

“The projected recovery reflects modestly reduced but continued policy uncertainty in the South African economy after the May 2019 elections.”

South Africa’s economy grew at o.8% in 2018 slightly beating estimates, according to Stats SA data published at the beginning of March.

Economists and analysts expected the country’s GDP figures to be around 0.6% and 0.7%.

Following a technical recession in 2018, most forecasts were revised down from the 1.2%-1.5% range, as the economic realities set in despite upbeat talk around political change in the country.

Third quarter data surprised on the upside, with the latest fourth quarter data showing the economy was bolstered by the communications and manufacturing industries.

Speaking at an event in Johannesburg on Tuesday (9 April),  S&P sovereign analyst Gardner Rusike said that investment remains South Africa’s “Achilles’ heel” and if that changes, the economy could expand more than 2% in coming years.