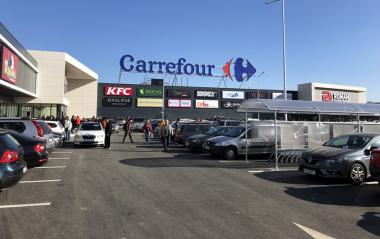 Europe’s growth during the 20th Century was, for the most part, dominated by the economic powerhouses of the United Kingdom, France and Germany. Over the past few years, however, these countries have been outpaced by the oft-overlooked markets in the central and eastern regions, such as Czech Republic, Romania, Hungary and Slovakia.

MAS, a commercial property investor, listed on the main board of the JSE and the Euro-MTF market of the Luxembourg Stock Exchange (LuxSE), last week reported strong results for the six months ended 31 December 2018 on the back of successful acquisitions and developments in Central and Eastern Europe.

“The foundation of this is twofold: the targeted disposal of mature assets in Western Europe and investment in a mixture of income-generating assets with high organic growth and/or significant potential to add value.

“The emphasis was on developing and owning a portfolio of predominantly retail assets in Central and Eastern Europe (CEE) to complement and diversify our Western European portfolio, and as a result two joint ventures were formed with Prime Kapital, focusing on developing and acquiring dominant assets in strong locations within CEE. This strategy has proved very successful to date,” Levy said.

During the reporting period, comparative net rental income grew by 55.7%, from €15.3 million to €23.8 million while net operating income more than doubled, from €12.6 million to €25.6 million. This growth was driven by acquisitions, income-enhancing asset management initiatives and strong tenant performance.

During the six month period, the company has recycled capital out of mature assets into higher-yielding acquisitions and made good progress on asset management activities. Notably, the leases at Uberior House in Edinburgh, Scotland, were extended to 2030, increasing both certainty of income and the value of the asset.

Commenting on the acquisitions of the Militari Shopping Centre in Bucharest and Atrium Mall in Arad, Romania, Levy said, “The acquisitions in Romania are well established and located. They offer the potential for strong growth in income over time through targeted asset management initiatives and redevelopment opportunities.

All acquisitions are testimony to MAS’ ability to grow and develop a well-diversified portfolio in Western Europe and CEE. The diverse nature of our portfolio is unique and mitigates risk.”

On 28 February 2019, MAS and Prime Kapital reached an agreement that MAS, through the co-investment joint venture with Prime Kapital, would acquire the nine completed developments in Romania from PKM Developments for €108.6 million. Development extensions planned for the centres in Slobozia, Roman and Baia Mare are expected to add 11,000 square metres of GLA and will also be sold to the co-investment venture upon completion.

The parties furthermore agreed that the exclusivity agreement due to expire in March 2021, will extend for a further two years until March 2023.

“This transaction boosts income generation for MAS, enhances our footprint and strengthens our positioning within CEE. The newly developed centres already have an occupancy level in excess of 90%. Full occupation is expected by the end of the 2019 calendar year.

“Our relationship with Prime Kapital has gone from strength to strength and the extension of the exclusivity period enhances and cements our successful relationship for the medium-term,” Levy said.

The group loan to value ratio as at 31 December 2018 was 25.0% and this further increased to 38.2% as a result of the acquisitions concluded post the reporting period.

“The acquisition of the Romanian retail assets from PKM Developments increases the debt funding in the Group to our target level, leaving us optimally geared,” said Paul Osbourn, Chief Financial Officer.