Knives out for Airbnb as SA Hotel Industry loses millions 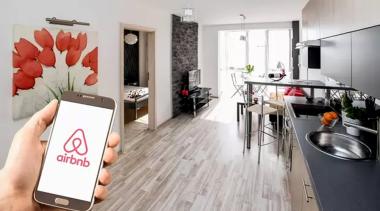 A call on South African government to crack down on Airbnb, widely echoed by some hospitality groups, has been fulfilled by the Tourism Amendment Bill which was published last week.

Airbnb has seen impressive growth in South Africa, and a lot of this growth came at the expense of established bed-and-breakfasts and hotels.

These establishments argue that unregistered accommodation establishments marketed through Airbnb, should face the same regulation as the official tourism sector.

According to the registered establishments, Airbnb hosts are not regulated and can therefore undercut them because they have lower overheads.

Meanwhile, the Tourism Amendment Bill has been criticised for being a direct attack on Airbnb and other home-sharing apps as it is aimed at regulating short-term accommodation.

The bill, will enable the tourism minister to determine certain “thresholds” for short-term rentals.

Airbnb said it supports clear and progressive rules that support the sustainable growth of home sharing. “We are having productive discussions with the government, based on our experience working with more than 500 governments around the world,” an Airbnb spokesperson said.

Airbnb said it is growing because it reflects the way people live, work, and travel today.

“While travel on our platform accounts for less than 1 in 8 visitors to South Africa, those guests boosted the economy by R8.7 billion and helped create 22,000 jobs last year alone,” Airbnb said.

The government has now acted on these industry calls through the Tourism Amendment Bill which was gazetted on Friday 12 April.

Through this bill, ‘short-term home rentals’ will now be legislated under the Tourism Act in South Africa.

Under the amendments, the minister of tourism will have the power to specify certain ‘thresholds’ when it comes to Airbnbs in South Africa.

These thresholds can include limits on the number of nights that a guest can stay or even how much income an Airbnb host earns.

According to the department, this would ensure that “everyone gets their fair share” and that both private users of Airbnb and hotel groups get to enjoy a shared economy.

The department also plans to give more oversight to local government when it comes to zoning and where an Airbnb may be located.

Tourism bodies have welcomed the move, saying that the regulations will level the playing field.

2019-04-24
Previous Post: Presidential Advisory Panel finalizing report on Land Reform
Next Post: Disrupt your own bond approval process and use a bond originator