Massmart forecasts up to R1.4bn loss for year 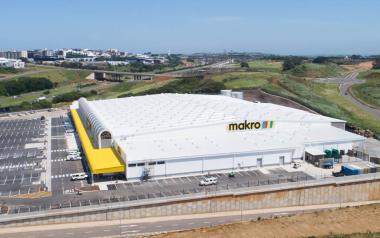 Massmart, which owns brands include Dion-Wired, Makro and Game Stores, is forecasting another big loss of over R1.2 billion.

Massmart, which owns brands include Dion-Wired, Makro and Game Stores, is forecasting another big loss of over R1.2 billion as it battled tough trading conditions in the second half.

Last week, the group published a trading update for the period ending 29 December 2019, warning of the staggering full-year loss due to tough trading conditions in South Africa.

Headline losses per share are expected between 522 cents and 563 cents, down from HEPS of 416.5 cents before.

The net loss, it said, is projected at between R1.2 billion and R1.4 billion.

Massmart said that the second half of 2019 was characterised by tough trading conditions, which included load shedding and consumers under pressure due to the creeping economy.

In addition to the material impact of trading disruptions and customer inconvenience caused by aggressive load-shedding in early December, consumers continued to prioritise spending on non-durables over spending on durable goods, it said.

The group said it delivered a very strong Black Friday sales performance – unfortunately, this did not carry-over into the festive period, as sales growth in Q4 2019 was 0.5% as compared to the same period in 2018.

Massdiscounters – which includes Dion Wired and Game – saw total sales for the 52 weeks of R19.8 billion, up only 0.3% up on last year.

This was most notably impacted by lower consumer spending on durable goods, the group said, with comparable stores sales contracting by 2.1%.

At the start of January, Massmart said that it was in talks with unions about store closures and jobs cuts.

This includes a plan is to shutter the 23-store Dion-Wired chain and 11 Masscash wholesale outlets – impacting around 1,440 employees.

While the group describes these as ‘potential’ closures, it has said that the intention is to close the brand in the country. The closures are dependent on the outcome of the retrenchment process and consultations with unions.

Following a review of its retail and wholesale routes to market, and the associated rationalisation of the group, Massmart said it is now also overhauling its current operating model.

As of 1 February 2020, the group said that it will be consolidating its four divisions – Masscash, Masswarehouse, Massbuild, and Massdiscounters – into just two units.