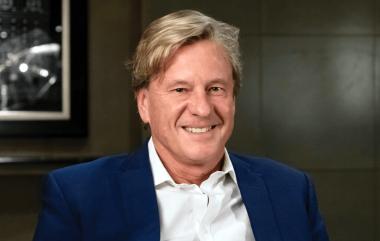 Born and bred in South Africa, Rob Hersov, a billionaire entrepreneur wants to to build the “Lanseria Airport of Cape Town” 13 kilometers northeast of Durbanville.

Rob Hersov, a billionaire entrepreneur who sold a business to the world’s greatest investor, Warren Buffett, wants to build the “Lanseria Airport of Cape Town” 13 kilometers northeast of Durbanville.

Rob Hersov was born and bred in South Africa. But after living overseas for decades he decided to return home.

Hersov revealed during a recent interview with BizNews Power Hour that he and businessman Nick Ferguson bought Fisantekraal Airport.

Fisantekraal Airport, which has been renamed Cape Winelands Airport, is located half-way between the Cape Town CBD and Paarl.

“We want to build the Lanseria Airport of Cape Town. We’re renaming it Cape Winelands Airport,” he said.

Fisantekraal Airport was built on a 150-hectare site by the South African Air Force in 1943 to operate Lockheed Ventura bombers.

The airfield was transferred to the local municipality in the sixties and was sold to a private owner in 1993. It then changed hands again last year.

Of the four original runways, two remain operational while the other two are used as Hollywood favourites for movie and film production.

Hersov is the chairman and chief executive of Invest Africa – a platform that evangelises Africa with members in New York, Washington, London, Dubai, Geneva, and Johannesburg.

He is also a successful international entrepreneur in his own right. He has, among other things, built a successful private jet business which he sold to Warren Buffett.

After 31 years abroad he has returned to South Africa where he is now focused on investments in Africa.