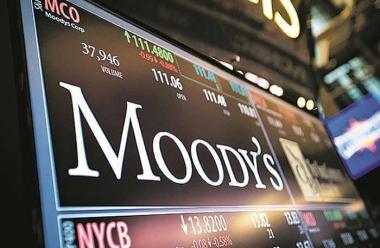 The downgrade comes on the same day that South Africa entered a 21-day national lockdown in an effort to slow the spread of the coronavirus pandemic.

In a statement on Friday evening, Moody’s cited the deterioration in SA’s fiscal strength and “structurally very weak growth” for its decision to lower the country’s rating to Ba1 from Baa3.

The ratings company changed the outlook on the country’s ratings to negative in November, saying it wants to see a credible strategy in the February budget for halting a deterioration in public finances. However, the spending plans presented by Finance Minister Tito Mboweni last month showed the fiscal deficit as a percentage of gross domestic product would widen to an almost three-decade high.

The nationwide lockdown that suspended all activity except essential services from Friday means the budget shortfall and the government’s debt burden could deteriorate even further. Even before the lockdown, the central bank forecast that Africa’s most-industrialized economy will contract for a calendar year for the first time since 2009.

The downgrade leaves South Africa without an investment-grade rating for the first time in 25 years and will cause it to fall out of the FTSE World Government Bond Index, which could prompt significant capital outflows. It will also raise borrowing costs, complicating the government’s efforts to narrow the budget gap.

The South African Rand has suffered alongside other emerging market currencies in 2020 as the global spread of the coronavirus update delivers a severe impact to global trade and investor sentiment.

Moody’s gave its verdict after U.S. markets closed for the weekend.

The rand weakened yesterday after having clawed back some of its losses a day before as the markets awaited an imminent South African ratings review decision by Moody’s amid a lockdown due to the coronavirus (Covid-19) pandemic.

The unprecedented stimulus by governments and central banks across the globe also showed little signs of calming investors spooked by the prospect of a prolonged global recession due to the pandemic.

The local currency was trading 0.25 percent weaker at R17.60 to the dollar at 10pm after shedding off a two-session rally which had driven it to its firmest since Friday at R17.19 against the greenback.

2020-03-29
Previous Post: The Foschini Group to skip Rental Payments amid SA lockdown
Next Post: Rentals Lockdown To Do – Post #1 | Setting Up Your Communication Channels for Landlords and Tenants – as well as future Landlord Clients