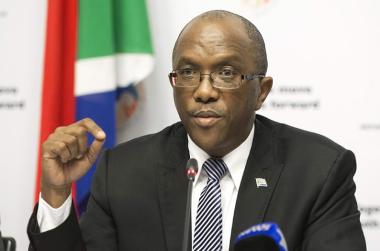 Most South Africa’s municipalities are in a financial state so terrible, threatening their ability to deliver services, says Auditor General (AG) Kimi Makwetu on Wednesday.

MOST South Africa’s municipalities are in a financial state so terrible, threatening their ability to deliver services, says Auditor General (AG) Kimi Makwetu on Wednesday.

He said these deteriorating audit outcomes shows that various local government role players have been slow in implementing, and in many instances even disregarded, the audit office’s recommendations.

As a result, the accountability for financial and performance management continues to worsen in most municipalities, he said.

“The trickle-down effect of these failures on services has been glaringly evident over the years across a number of municipalities, large and small.

The Auditor-General of South Africa (AGSA) audited 257 municipalities and 21 municipal entities for the 2017-18 financial year. Of the audited municipalities, the audit outcomes of 63 regressed while those of 22 improved.

Only 18 municipalities managed to produce quality financial statements and performance reports, as well as complied with all key legislation, thereby receiving a clean audit.

This is a regression from the 33 municipalities that received clean audits in the previous year.

“Only 19% of the municipalities could give us financial statements without material misstatements.”

Makwetu added that the performance reports of 65% of the municipalities that produced such reports had material flaws and were not credible enough for the council or the public to use.

Makwetu said that irregular expenditure still remains high, but decreased from R29.7 billion to R25.2 billion after the record highs in the previous year.

He said the reported total includes the R4 billion irregular expenditure of those municipalities of which the audits had not been completed by the cut-off date.

In total, R17.3 billion (81%) of the irregular expenditure related to expenses incurred in 2017-18 – representing 5% of the local government expenditure budget.

This total includes R6.4 billion in payments made on contracts irregularly awarded in previous years – if the non-compliance was not investigated and condoned, the payments on these multi-year contracts continue to be viewed and disclosed as irregular expenditure.

The AG found that there were municipalities across the country that were able to consistently achieve a clean audit status, despite being faced with similar challenges as their counterparts.

Twelve of these municipalities are in the Western Cape and include the local municipalities of Swellendam, Witzenberg, Bergrivier, Breede Valley, Cape Agulhas, Cederberg, Hessequa, Matzikama and Overstrand.

“The best practices at these municipalities included stable leadership that is committed to a strong control environment and effective governance,” Makwetu said.

“Continuous monitoring of their audit action plans in order to timeously address any audit findings and a pro-active approach to dealing with emerging risks were also common features at these municipalities.”