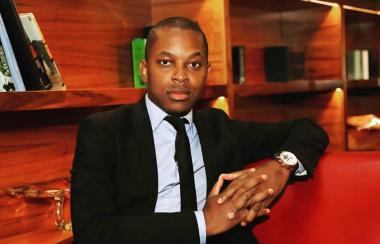 President Cyril Ramaphosa on Wednesday announced the new Cabinet, a move that has been much anticipated by the South African property sector seeking growth in the country.

“With the elections now over and the Cabinet announced, we can now start to expect more movement in the property sector across South Africa.

During the lead-up to the elections, investors were cautious of an upset and, given the geared nature of the asset, possible significant capital loss. “With increased political clarity and the Cabinet now out of the way, we can expect investors to once again transact which will be a much-needed shot in the arm for the property sector.” Kutama said.

Kutama adds: It’s no secret that 2018 was a difficult year for local investors with most asset classes declining in value.

“Business and consumer confidence are low and this places strain in certain property sectors, such as the office and retail markets. Confidence will return once there is improved policy certainty.”

Meanwhile, the listed property sector has recovered very slowly so far in 2019 after the asset class took a hit in 2018. According to research by Anchor Stockbrokers, the FTSE/JSE SA Listed Property Index (Sapy) had returned 4.7% in total, including capital and dividend growth up to torwads end of April. The All Property Index, which includes all real estate companies on the JSE, returned 3.5%. This was while the JSE Top 40 returned 13.3%.

“The property market is not out of the woods quite yet,” Kutama says, “but we are expecting a slow and steady improvement in activity and growth over the next year. How quickly this happens depends on how well President Ramaphosa’s government upholds their election promises, and how successfully they can earn back the confidence of citizens and investors.”

Ramaphosa announced a trimmer, female-dominated cabinet during an address to the nation at the Union Buildings on Wednesday evening.

Ramaphosa said he would sign performance agreements with all ministers and deputy ministers. “Their performance — individually and collectively — will be closely monitored against specific outcomes,” Ramaphosa said. “Where implementation is unsatisfactory, action will be taken.”

A number of ministries have also been merged:

Outgoing Ministers who did not make it:

Ramaphosa revealed that the number of Cabinet portfolios would be trimmed down from 38 to 28 to promote “greater coherence, better coordination and improve efficiency”.