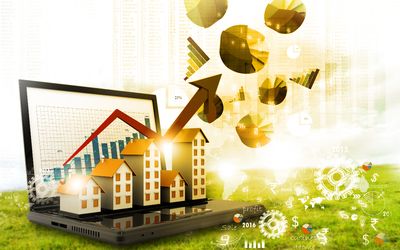 One thing is certain, apart from the overall inflationary impact, the spiralling cost of fuel directly impacts on the demand for conveniently situated, sectional title property in key economic hubs – close to the workplace, schools and all amenities.

Says Dr Andrew Golding, chief executive of the Pam Golding Property group: “Due to rising global oil prices, this month (March) sees yet another significant rise in the price of fuel, while next month (April) there will be further increases as announced in the National Budget in the general fuel levy and Road Accident Fund levy, and in June, motorists will have to cough up even more at the pumps as a new, additional tax – a carbon tax – takes effect.

“The high cost of fuel in South Africa, coupled with increased traffic congestion in major centres and the ever-rising cost of utilities and property rates, has already seen the emergence of a trend towards sectional title living in easily accessible locations as people sacrifice space for location.

“Now, with this triple whammy, we anticipate the growing demand in this property segment will increase exponentially as consumers do their utmost to avoid the cost of fuel and transport eating away at their disposable income.”

According to Lightstone statistics, sectional title properties account for a growing percentage of total residential sales in South Africa – rising from around 21% in 2010 to an average of 26.5% during the third quarter of 2018.

Adds Gordon: “Consumers’ appetite for more compact, lock-up-and-go, hassle-free living is further driving the demand for sectional title homes across all sectors of the market. This includes first-time buyers, who are further encouraged by the banks’ increased willingness to lend and compete for mortgage business, as well as those opting to downscale earlier than they would otherwise have done.”

According to ooba’s statistics, in January this year, first-time buyers accounted for nearly 53% of all mortgages extended – continuing the rising trend evident since mid-2017.

Gordon says some interesting trends evident in Cape Town, and probably other major centres include:
•freehold homes being demolished with small sectional title developments rising out the ground in conveniently located areas, such as Southern Suburbs, resulting in increased densification;
•an increase in the number of mixed-use developments in prime business nodes, such as Claremont Upper, Tygervalley Waterfront – popular among young professionals working in the area – and Century City, and even further afield such as Simon’s Town – a trend also evident in uMhlanga on the KZN North Coast;
•and a growing number of sectional title apartments located in security estates as developers realise that apartment living is a lifestyle choice, a question of affordability and a means of achieving greater diversity of homeowners within estates.

Adds Gordon: “In the economic hub of Claremont, we are seeing more boutique developments that offer the security of estates, but are conveniently located to Cavendish Square, the M3 and schools, as well as numerous businesses in the area.