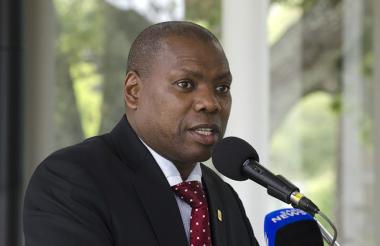 According to Co-operative Governance Minister Zweli Mkhize, Eskom was owed more than R24 billion by the end of December, up from R17 billion in July last year.

The Minister made the revelation in the national assembly on Wednesday while responding to oral questions from MPs.

Mkhize said one of the measures to tackle the nonpayment of electricity bills by municipalities, who in turn have complaints that some residents are not paying them, was to install prepaid electricity meters.

DA MP Kevin Mileham had asked Mkhize to explain what progress had been made by government’s interministerial task team on the Eskom debt crisis.

“The debt owed by municipalities was R17.7bn as of July 31, and it’s gone up to R24.3bn to December 31 2018. We made progress last year on the issue of the particular dispute between Salga [South African Local Government Association] and Eskom on the question of jurisdiction with regard to electricity reticulation,” said Mkhize.

“To us it was quite an achievement to arrive at unanimity between Eskom and municipalities so we can adopt a binding, co-operative approach in resolving the municipal debt while avoiding court battles.

“It was agreed that there would be a need to restructure the Eskom debt and manage the defaulting municipalities so that all of them would honour their debt.

“We also have a recommendation on the installation of prepaid meters to improve the rate of collection, as evidence indicates that much higher returns accrue from prepaid meters as opposed to conventional meters.”

Mileham said it was worrying that municipal debt to Eskom had shot up.

With debt around R400bn, Eskom is scrambling for cash to meet its financial obligations and other operational costs.

Last month it received a R69bn allocation from finance minister Tito Mboweni during his budget speech.

Yesteday, South Africa‘s energy regulator Nersa on Thursday granted struggling state power firm Eskom average power price increases that were far below what the utility had asked for, saying it aimed to balance the interests of the company and the public.

2019-03-16
Previous Post: Making sense of rental deposits
Next Post: Luxury estates in Pretoria East and Centurion and their price ranges