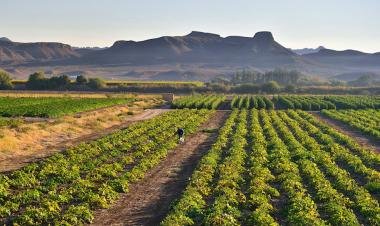 In September 2018, President Cyril Ramaphosa appointed a ten-member Panel to advise him on the way forward with regards to land reform and expropriation without compensation

The Expert Advisory Panel on Land Reform is currently finalizing its report for consideration by the Inter-Ministerial Committee and the Presidency.

Therefore, there is no final draft that has been submitted as a report yet, the chairperson of the advisory panel, Dr Vuyo Mahlati, said on Sunday.

During the course of its work, Mahlati explained that the panel was divided into work streams, each with diverse papers and consultative processes. As such, the report writing process includes the consolidation of the various inputs.

Mahlati said of importance in this consolidation is the discussion and capturing of areas of disagreement, as stipulated in the panel’s Terms of Reference (TOR), clause 4.3, which reads:

“Panel will strive to reach consensus where possible and indicate areas of consensus in its report. If conflicting views are unresolved, however, this should also be reflected in the report.”

The panel was appointed by President Cyril Ramaphosa to provide independent advice to the Inter-Ministerial Committee comprising 11 Cabinet Ministers and convened by Deputy President David Mabuza.

The Panel was expected to submit its report to the Inter-Ministerial Committee by 31 March 2019. However, the panel requested an extension from the Presidency, citing, among other things, the overwhelming interest in engagements with the panel via the colloquia, roundtables from organisations such as the Food and Agriculture Organisation of the United Nations and other UN Agencies.

Mahlati said due to these developments, the panel required added time to consider all these valuable inputs, which was granted by the President.

Mahlati went on to clarify media reports that Agri SA submitted a minority report after refusing to sign the advisory panel document.

“There was no document to sign, and thus no reason to refuse,” she said, adding that the agricultural lobby group AgriSA was not a member of the panel. She explained that Dan Kriek, the president of AgriSA and Nic Serfontein are panel members in their personal capacities and not as representatives of AgriSA.

“Access by AgriSA to confidential panel documents is of concern. This includes press releases on the report,” Mahlati said.

She said of further concern is that the ‘AgriSA Minority Report’ contains and lays claim on content that emanates from the panel processes, as authored by members.

The panel requested that it be given space to finalise and submit its report to The Presidency.