Rebosis and Delta marriage on its way down the aisle 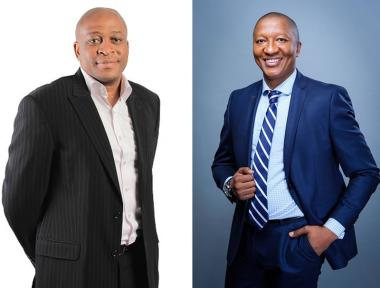 The announcement comes at a time when both companies have seen sharp declines in their share prices over the past two years, with SA’s economic slowdown taking its toll on commercial property and mall owners.

The share prices of the two property funds have declined since then, with Rebosis down about 96% from their 2017 highs and Delta down around 77%. Rebosis has had to contend with the additional pain of a failed bet on the UK market and high debt levels.

The merger, would help the two landlords to scale up and weather the tough trading environment, they said in a joint announcement earlier this month.

Consolidation is taking hold in the listed property sector, with Safari Investments considering a tie-up with Fairvest Property Holdings and Arrowhead Properties moving towards a deal with Gemgrow Properties. But SA Corporate Real Estate said recently it was not interested in any of the offers it had received in recent months. 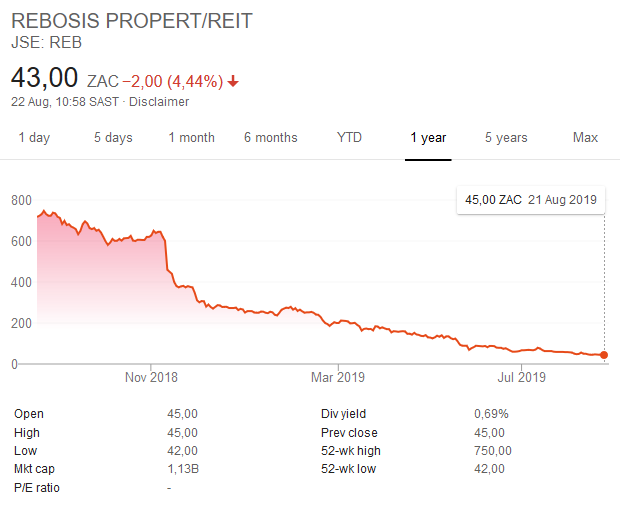 It is envisaged that the merger will result in several benefits, including providing scale and diversification in the sector through consolidation of the individual balance sheets of the parties; enhancing the parties’ relationship with the Department of Public Works and Infrastructure and other government entities; and providing scale for restructuring the parties’ balance sheets, particularly as it relates to managing the loan-to-value ratio to an optimal level.

Rebosis CEO Sisa Ngebulana said the timing of the talks “is opportune because the market is ready for consolidations as a way of preserving value for shareholders given the decline of value in the sector”. 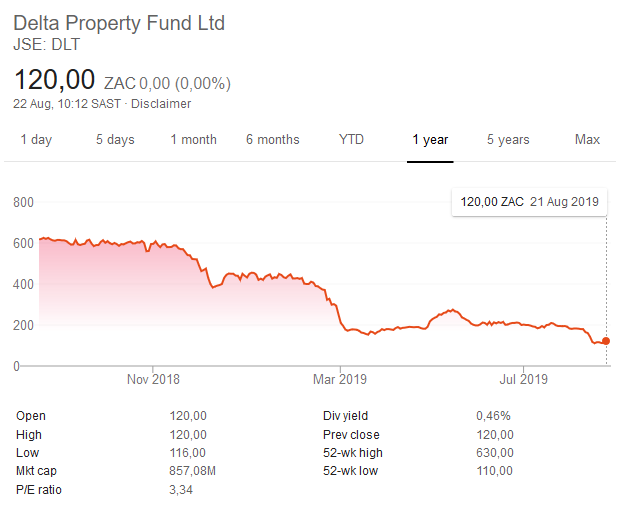 The market currently values both Delta and Rebosis at R1.4bn. But the combined company will still be far smaller than many of the property titans that it will need to compete with.

Ngebulana said Rebosis would no longer have to sell some of its mainstay retail assets at suppressed prices to reduce debt. The landlord has already sold several properties as part of its debt-reduction plans.

“We believe the economies of scale and appropriate capital structure of the combined fund, offer an advantage in the prevailing tough economic climate,” Nomvete said.

The parties will now undertake a reciprocal due diligence, discussions with key stakeholders, finalisation of the transaction structure, and decisions around the new management team and board composition.