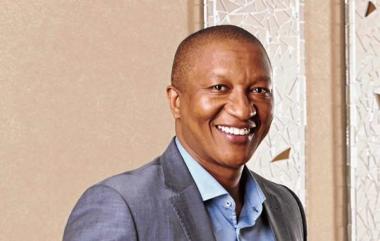 CEO Sisa Ngebulana returned to the helm a month after Mazwai’s departure and has been selling Rebosis’s office assets since.

Founded in 2010, the largest black-managed and owned listed property group, has been offloading offices as it shifts the company’s focus to retail properties.

The office space sector is still battling high vacancies while shopping centres offer better returns. Sandton, the most highly valued office hub in SA, has a total vacancy of about 20%, according to the latest data from the South African Property Owners’ Association (Sapoa). The national average sits at about 11%.

Analysts put the price collapse down to a slew of reasons, including sudden changes in the company’s executive and high debt levels. In June 2017 Ngebulana announced he would leave his CEO role at Rebosis at the end of September. He was replaced by Rebosis board member Andile Mazwai who was handpicked by Ngebulana for the CEO job. However, his tenure  suddenly ended when he resigned in April 2018.

Mazwai had wanted to change the company’s direction so that it would own higher quality offices, retail and also try to take over Texton Property Fund. This was very different from Ngebulana’s strategy of becoming a retail-focused fund. Ngebulana returned to the helm a month after Mazwai’s departure and has been selling Rebosis’s office assets since.

Since October 2018 Rebosis has disposed of R5.2bn worth of offices. Proceeds from the disposals are being used to reduce the company’s loan-to-value (LTV) to below 40%. Rebosis’s LTV was 49.4% at the end of November.

The company owns about R4.6bn worth of offices and Ngebulana wants to dispose of more properties worth R2bn during 2019.

Head of listed property funds at Stanlib, Keillen Ndlovu, said the managerial changes had created uncertainty about Rebosis and weakened its share price, and other issues had confounded the weaknesses.

“Rebosis has gone through a challenging period due to a number of reasons which include high debt levels, negative perceptions about some of its retail assets and its exposure to New Frontier Properties in the UK,” Ndlovu said.

New Frontier has been struggling with some of the tenants at its malls having gone into administration. It has also breached debt covenants.

Ndlovu said selling only offices would not be enough to improve Rebosis’s balance sheet and decrease its LTV.

“Management is left with virtually no option but to sell more assets, including some of the retail ones, in order to reduce its debt to levels that the market can accept,” he said.

“The LTV overhang and drop in earnings have been caused by exposure to UK retail that has been devalued and earnings eliminated due to ongoing Brexit uncertainty, as have been seen with all UK retail real estate investment trusts,” he said.

“In order to address the LTV position with urgency, management is considering the disposal of some of the retail assets, as shared with investors at our pre-close presentation. We are in early stage talks with a number of potential buyers to address the LTV overhang,” he said.

“Our results will be released mid-May where we will provide a detailed update on our strategy and progress to date.”

An analyst employed by one of the banks who refused to be named said Rebosis had also overpaid when it bought Baywest and Forest Hill for about R5bn in 2016, saying the two malls were worth about R3bn.

Ndlovu said it was difficult to say if Rebosis had overpaid. “There are mixed views on how strong the malls are or how they are trading. Some of them may have come online a bit early and may need time to stabilise,” he said.