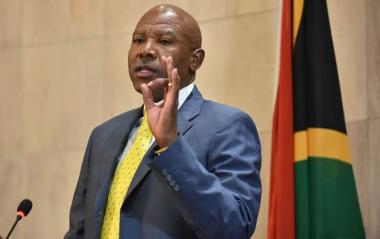 In a move that may lead to lower property finance, auto and other loans, Reserve Bank Governor Lesetja Kganyago today announced the decision to cut the interest rate to 6.5%.

In a move that may lead to lower property finance, auto and other loans, the South African central bank reduced the lending rate by 25 basis points to 6.5 % per annum as of 19 July 2019.

The MPC announced the decision following its meeting which got underway in Pretoria on Tuesday.

Asked about whether the central bank had considered a 50 basis point rate cut at the meeting, the newly reappointed Reserve Bank Governor Lesetja Kganyago said discussions in the MPC were either to cut the repo rate by 25% basis points or to keep it unchanged at 6.75%.

“There was no discussion on a 50 basis point rate cut,” said Kganyago at the media briefing in Pretoria.

The Governor’s comments follow on analysts’ expectations of a rate cut, whereby some expected a 25 basis points reduction, while others anticipated a 50 basis points rate cut.

However, at its last meeting in May, the MPC said the implied path of policy rates generated by the Quarterly Projection Model was for one cut of 25 basis points to the repo rate by the end of the first quarter of 2020.

On Thursday, the bank said monetary policy actions will continue to focus on anchoring inflation expectations near the mid-point of the inflation target range in the interest of balanced and sustainable growth.

It also highlighted that in a persistently uncertain environment, future policy decisions will continue to be highly data dependent, sensitive to the assessment of the balance of risks to the outlook, and will seek to look-through temporary price shocks.

“The implied path of policy rates generated by the Quarterly Projection Model was for one cut of 25 basis points to the repo rate by the end of the fourth quarter of 2019. The endogenous interest rate path is built into the growth and inflation forecast.

“The implied path remains a broad policy guide which could change in either direction from meeting to meeting in response to new developments and changing risks,” said Kganyago.

The bank cautioned that the escalation of trade tensions could have further negative impacts, and that cyclical factors constrained recent Gross Domestic Product (GDP) growth outcomes.

The MPC said it remains of the view that current challenges facing the economy are primarily structural in nature and cannot be resolved by monetary policy alone.

“Implementation of prudent macroeconomic policies, together with structural reforms that raise potential growth and lower the cost structure of the economy, remains urgent,” it said.

On inflation, the bank welcomed the downward trend in recent inflation outcomes and the moderation in inflation expectations of about one percentage point since 2016.

“The committee would like to see inflation remain close to the mid-point of the inflation target range on a more sustained basis, with inflation expectations also anchored around these levels,” said the bank.

On factors that pose a risk to the inflation outlook, the committee highlighted that the financing needs of State-owned enterprises (SOE) could place further upward pressure on the currency and long-term market interest rates for all borrowers.

2019-07-19
Previous Post: Deserted factories to be converted into Affordable Housing
Next Post: Property Investors need to be Patient