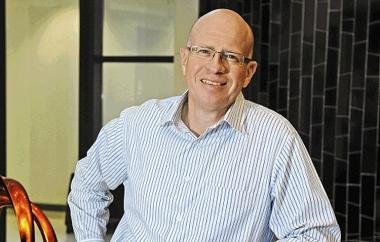 SA Corporate Real Estate disclosed to the market on Monday that offers from competitors, Dipula Income Fund and Emira Property Fund were not in the best interests of the company.

A bidding war for SA Corporate Real Estate may be over before it even got going, after the stunning reinstatement of its former MD.

It’s the latest twist in a long-running saga that has pitted executives against board members and shareholders against the embattled company, which owns a not-inconsiderable R18bn worth of property assets.

SA Corporate’s board informed the market on Monday that offers from competitors Dipula and Emira weren’t “in the best interests of the company”, while announcing the return of former MD Rory Mackey, who quit in May.

Dipula has since withdrawn its offer, but Emira is yet to make an announcement and its bid could still go hostile.

SA Corporate’s share price has come under heavy pressure in recent years, which has prompted suitors to make plays for the stock.

Along with its peers, the group has struggled with mounting vacancies and a weak SA economy, culminating in a 6% cut in its distribution for the year ended December 2018.

Emira was first off the mark in June with an offer of 0.25 of its shares for every SA Corporate share, to create a group with a combined market cap of about R15bn.

Dipula then countered with a “friendly merger” offer of R9bn to create an entity with R27bn worth of assets.

Garreth Elston, chief investment officer at Reitway Global, says the company has been a laggard in the sector for a number of years and that shareholders are short on patience.

Insiders suggest there may be more suitors in the wings, but whoever succeeds will need to rationalise SA Corporate’s portfolio, according to analysts. Both Emira and Dipula were expected to sell SA Corporate’s residential holding in Afhco if they succeeded in a takeover.

Operational problems aside, shareholders in SA Corporate have endured sweeping boardroom shuffles and an unseemly battle between its former chair Jeff Molobela, Mackey and financial director Antoinette Basson, who recently rescinded her resignation of May this year.

A series of e-mails were sent to the FM earlier this year from a Gmail account. One said: “We would like to bring to your urgent attention the mismanagement and unethical and devious behaviour of Mr Rory Mackey the CEO of SA Corporate, who we believe is the sole cause for the demise of the company.”

The anonymous e-mails accused SA Corporate’s executives of using advisers and suppliers with which they had personal relationships, and were signed “concerned shareholders”.

Molobela then appointed advocate JJ Reyneke to investigate allegations against the executives.

The report, released last month, concluded that there was “no evidence of fraud or corrupt conduct by members of management”.

Molobela passed away at the end of June.

“The company has lost a lot of credibility with investors, and a new CEO who is respected by the commercial property investment community and is seen as a fixer needs to be appointed,” he says.

He says SA Corporate has the ability to trade at ratings similar to Investec Property Fund and Vukile Property Fund, but only if the board and management restore confidence by appropriate action and performance.

“It’s not as if they are an overly complex or indebted group. They didn’t go overseas and make complicated deals; they just made some bad local investments.”

These include Storage Genie, which Duncan describes as a “weak” business — notwithstanding the success in property storage enjoyed by the likes of listed group Stor-Age.

“They need to work on resolving their problem assets and simplifying their strategy and then delivering on it,” says Duncan.

For his part, Mackey says he wants to put SA Corporate’s tumultuous period behind him and focus on making its robust portfolio perform for its shareholders.

“I am committed to the company and its shareholders,” he says.