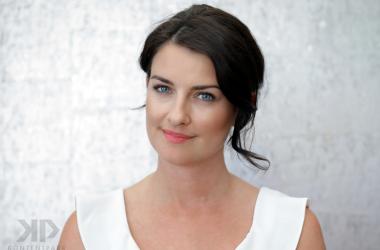 Lisa Bathurst, Director at Hurst and Wills discusses whether now is a good time to move your money offshore.

Last week’s news that Moody’s kept South Africa’s investment rating as one notch above junk but revised its outlook from stable to negative, seems to spell a junk status downgrade in the near future unless Government can take drastic action on key economic issues.

Then there is Brexit dragging its feet in the UK causing the pound to lose value. With all these factors, where is the best place for South Africans to be investing their money? Lisa Bathurst, international property specialist and founder of Hurst & Wills, discusses whether now is a good time to move your money offshore.

We should be used to uncertainty by now, yet dinner parties, networking events and our calls with clients still centre primarily around what’s happening with the rand, how long can we survive these credit ratings and has the UK gone mad? All these are justified concerns, says Bathurst.

“A lack of significant reforms led to South Africa being downgraded to junk status by both Standard & Poor’s and Fitch in April 2017. Only Moody’s has kept South African one notch above junk status,” she says. “Although we have survived another round of Moody’s credit rating, with our economic outlook – how long can this really last?

“Up to now, Moody’s says it has been encouraged by our government’s efforts to stabilise the economy and promote growth and there was consensus that it would be devastating for Moody’s to change its mind, which it thankfully didn’t this time,” she says. “However, our economic and political woes continue and it looks like there is a storm brewing. The ANC bickering has resulted in Cyril’s forced political paralysis and is likely to result in further economic and social instability.”

At the same time, across the pond, Brexit continues to dominate the UK now being run by  Boris Johnson. Coined by some as Trump’s love child (yes the hair bears a striking resemblance), one can’t help wonder what this means for investing there?

“What is generally agreed and backed by the analysts is that the British pound has been devalued during this time of UK uncertainty,” says Bathurst. “Devaluation is estimated at as much as 20%. In fact, the pound hit a 10-year low last month over fears of a no-deal Brexit and this could worsen as Britain faces Brexit and Boris,” she says.

According to Hurst & Will’s Foreign Exchange expert, Andrew Rissik, Managing Director of Sable International, there seems to be more positivity and clarity around Brexit as Boris is being strong and playing hardball. With Europe returning from their holidays, the heat is on and all are willing to negotiate now. In Rissik’s opinion, the coming 8 weeks will be uncertain, but after that the pound is likely to strengthen again.

So, what does this mean for those thinking to invest in UK property? Should you wait and see? “This is a strategy most people end up executing,” says Bathurst. “However, our advice would be to get some funds offshore, even if in batches, to hedge and minimise any potential rollercoaster effect.

“If your plan is to buy offshore in the UK, there has never been a better time in terms of the value of the pound,” she says. “Of course, you need to purchase carefully. Only pockets of the UK are yielding well. If you feel ready to make the call, you could well benefit three-fold: from high yields (up to 7.5%), growth (in some areas predicted at 10% pa), and a currency win should the pound regain its 20%,” she says. “I always advise people to work through independent property specialists, like Hurst & Wills, when considering property abroad. As we work for you – and not the developer – to find a property to suit your wealth strategy,” she says.

“If you’re not ready yet, we suggest you get some funds offshore in case. Use your discretionary allowance from SARS, and start researching your options. At least then you’ll be in a position to execute when the right investment comes along.”

McCormick commences work on the Mall of Tembisa

McCormick Property Development commenced work on its Mall of Tembisa in the first week of April. The initial dolomite assessments undertaken in 2018, indicated pockets of dolomite which resulted in further assessments and pre-drilling of the site to assess and to strategize the way forward. The 42 889 square meter mall will be the company’s largest […]

In the Retail Property Sector, in recent times, much has been made of the challenges facing the sector emanating from the emergence of online shopping. To be sure, the onward march of technology is affecting virtually all sectors of the economy, and a greater reliance on online retail in future is a very real challenge […]

Cape Town tops R21.75 billion in transactions for the 12-month period to end November at an average transaction value of R2.2 million. The metro also scooped the highest prices paid for residential property in the country this year according to Ross Levin, managing director for Seeff Atlantic Seaboard and City Bowl. Comparatively, Pretoria metro […]