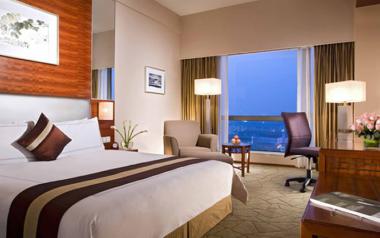 Last week the government published the Tourism Amendment Bill for public comment. Should it be signed into law, short-term home rentals will be regulated under the Tourism Act.

The minister of tourism could then specify various “thresholds” in terms of Airbnb rentals in SA. This could include limiting the number of nights that guests can stay or how much money an Airbnb host can earn. According to the department of tourism, this would level the playing field by ensuring that “everyone gets their fair share”.

Echoing calls to regulate ride-share platform Uber, which has disrupted the taxi industry worldwide, local tourism industry players have long called for Airbnb to be regulated. The Federated Hospitality Association of SA argues that unregistered accommodation establishments marketed via Airbnb should be under the same regulations that are applied to the official tourism sector.

Lobby group Sakeliga said it would object to the bill as it could “seriously harm” small-scale, short-term home rental businesses in SA enabled by online services such as Airbnb.

“The bill is ostensibly aimed at promoting the tourism industry, but really the bill is about intervening in the business of small-scale, short-term home rentals and the services offered by companies like Airbnb,” said Gerhard van Onselen, senior analyst at Sakeliga.

“The minister is not going to promote the tourism industry, he is going to artificially drive up prices and interfere in an industry that regulates itself much better than government can.”

Van Onselen said an increased supply of short-term rental units results in healthy competition. “Market innovations help to weed out poor service providers. At best, government is reinventing the wheel and — at worst — it’s letting the air out of the tourism industry’s tyres.”

Sakeliga legal analyst Daniel du Plessis explained that the bill seeks to amend section 7 of the Tourism Act to expand the minister’s regulatory powers to include a number of limits and thresholds imposed on short-term home renters.

“Despite the potential infringement of these thresholds on ownership rights, they may well be entirely superfluous,” said Du Plessis. “In the first instance, it is not entirely clear that such regulation would be necessary in this sector. Market innovations are producing its own solutions to concerns over sub-standard short-term rental accommodation. Innovations in mutual ratings provide rental consumers with rich information on offerings. Moreover, short-term rental providers and clients both are rated, which leads to a higher trust marketplace.”

According to Sakeliga these regulations may have knock-on effects on the rest of SA’s tourism economy, and the government should consider the impact carefully and thoroughly before implementation.

“It is important to remember that accommodation is just one part of tourism in SA,” said Du Plessis. “Walking back the counterproductive visa requirements was an expensive lesson for government — and the tourism industry had to foot the bill. Let’s not hamper the industry again.”