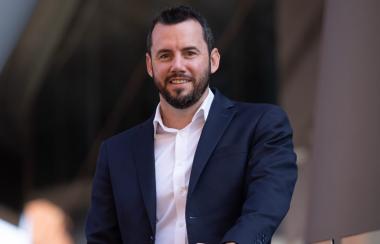 Commenting ahead of the 2020 State of the Nation Address (SONA), Galetti CEO, John Jack says boosting property investor confidence, recouping industry losses and a clear plan of action is needed.

The 2020 State of the Nation Address (SONA) is on everyone’s minds and it’s clear that our President and his cabinet have a lot of work ahead of them.

The elephant in the room is undoubtedly Eskom and the crippling effects that the embattled parastatal has on our economy.

Opposition parties echo this sentiment with the IFP, Cope and ACDP calling for the President to rein in collapsing State-Owned Entities (SOEs), clamp down on corruption and intensify the fight against crime (IOL).

There’s also talks of the President addressing Cosatu’s proposal to use pension money to cover its debts.

Galetti CEO, John Jack says that the inclusion of Andre De Ruyter as Eskom’s CEO has seen a notable change in communication from the power producer. “De Ruyter communicates clearly on what they plan to do and the related timelines, which helps relieves some pressure under the current circumstances”.

In addition, Jack says that clarity around land reform and Expropriation Without Compensation (EWC) will swing long-term investment sentiments. “Investment in property is largely made up of two components: Capital Gain and Yield. Yields have increased to compensate for lowered growth outlook but there have been some significant capital losses in commercial property across South Africa. We see this clearly amongst the listed REITS, but what isn’t very transparent is the private sector impact?”

A Big Boost is Needed

Jack says that we have seen an uptick in the transaction volume at the beginning of the year as a result of the market getting tired of the waiting game and therefore making some big capital decisions.
“Any downgrades will prove negative for our economy’s growth and the ripple effect of Eskom’s failure to deliver is dampening our economy. In addition, we have to consider planned disruptions to SONA proceedings by the EFF which further impacts investor confidence”.

“Companies like retail giant, Massmart is shedding more than 1000 jobs and is closing 34 DionWired and Masscash stores. Taking bold decisions like this means one thing: the market is tired of waiting and big moves are now being made” says Jack.

Jack believes that we need to see a 4% growth rate in the GDP to bolster our economy. “Our debt to GDP ratio is spiking. Our current GDP growth is sitting at 0.5 – 1% growth and this is simply not enough”.

On an international front however, South Africa has relatively little exposure to foreign debt and this helps to slightly reduce our debt spiralling out of control as a result of any significant currency movements.

Can Ramaphosa Win Our Confidence Back?

To conclude, Jack says that while it’s naïve to think that macro events will have no impact on the commercial real estate sector, the sector is currently experiencing increased activity and movement in the market in 2020. “SONA will play a big part in boosting investor confidence and helping the industry recoup its losses. What is needed is a clear and concise plan as to the exact steps required to avert crisis”.