Sorry Edcon, We will not reduce Rent — Growthpoint Properties 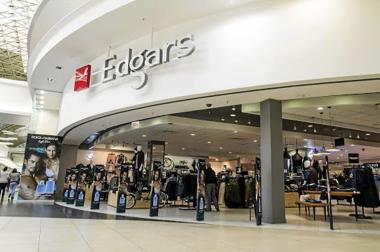 The Unemployment Insurance Fund (UIF), debt holders and a number of landlords came to the rescue of the troubled Edcon group — which owns Edgars, Jet and CNA — in a deal that proponents say will avert a “jobs massacre” and swathes of mall space being shuttered.

Edcon chief executive Grant Pattison and his team achieved what many critics doubted they could — secure an almost R3-billion lifeline for a retail company that is deep in the doldrums.

But Growthpoint Properties said on Wednesday it had turned down Edcon’s request for a rental reduction.  Although the property company provided a cash injection of R110m in return for an equity stake, it said cutting its rent would not be in line with its strategy.

Growthpoint was among the landlords approached in December 2018 to consider a rental reduction for retail space leased to Edcon’s brands.

Growthpoint said it had already decreased its exposure to the retail group by about 9,000m² since the end of 2017.

A number of landlords including Vukile Property Fund, Liberty Two Degrees and Hyprop Investments, met Edcon over the past few months offering help.

Redefine Properties contributed R54.6 million of equity agreed to rental reductions of as much as 13.8 million rand, the company said in a separate statement.