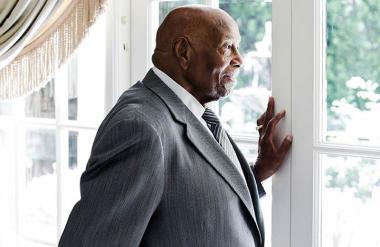 Richard Maponya, the property developer of Soweto’s mega shopping center, Maponya Mall, died early on Monday at the age of 99.

Business icon Richard Maponya, who died early on Monday, has been praised for establishing Soweto’s mega R650m Maponya Mall that opened in 2007. It was the first investment of its size in a township in South Africa.

Known as the father of black retail business, Richard Maponya, the developer of Soweto’s R650 million Maponya Mall, has been praised for excellence in his passion and commitment to the South African community.

A number of firsts were achieved by the trailblazer which include him being the first owner of a black-owned BMW dealership in Soweto in the 1980s, the first black member of the SA Jockey Club and the head of the first black JSE-listed company.

Despite restrictions placed on black business under apartheid system, Maponya, established a dairy distribution business in Soweto in the 1950s, which would ultimately grow to include enterprises in retail, vehicle dealerships, filling stations and property development.

At the memorial service held today, Dr Maponya has been remembered for his contribution to the development of black business in the face of apartheid and his support for black entrepreneurs.

In a statement following his death, the South African Institute of Black Property Practitioners extended its deepest condolences to the family, friends and associates of the inimitable Dr Richard Maponya who passed away just a few months shy of celebrating his centenary birthday.

President Cyril Ramaphosa said: “We have lost a pioneer, a trailblazer and a man of extraordinary fortitude who paved the way for the racial transformation of the South African economy.” 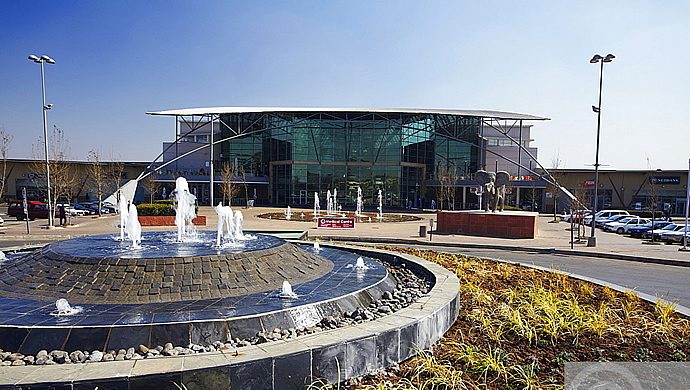 “Dr Maponya distinguished himself as a successful businessman at a time when it was extremely difficult for black people to start a business, let alone excel in business,” said Business Unity SA (Busa) acting CEO Cas Coovadia.

Born in 1920 in Lenyenye, outside Tzaneen in the then northern Transvaal to farmworkers, Dr Maponya became a self-made entrepreneur from the age of 24 when he opened small grocery shops in Soweto with his wife Marina – instead of practising as a teacher after he qualified as one.

By the late ’70s, the Maponya family business empire had diversified from milk to opening what was then the largest supermarket in Phefeni, Soweto, named Maponya’s Supply Stores. The store rivalled the likes of the established OK Bazaars as it featured a butchery, fruit and vegetable and grocery sections. Maponya’s Supply Stores expanded across Soweto, making Maponya a household name.

On the significance of the supermarket, Bidvest’s Mohale said:

“Maponya gave us the first concept of a supermarket in the township. It was a big and face brick supermarket where you could pick up what you wanted from the shelves and pay for it rather than going to someone behind a counter and telling him/her what you want.” 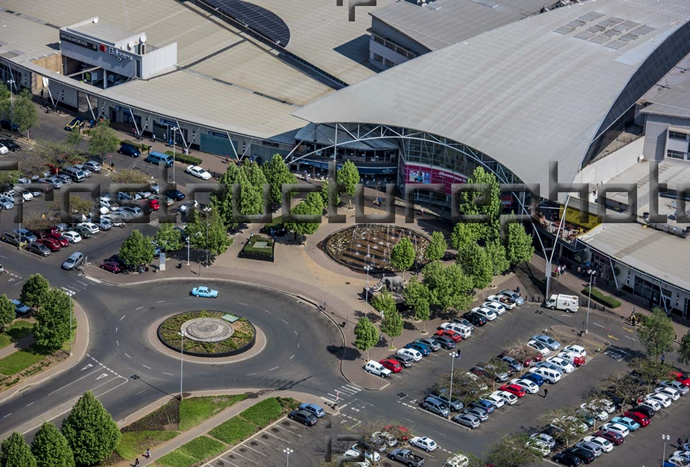 The retail empire made Maponya a household name, catapulting him to building a filling station in Soweto and establishing one of the first motor vehicle dealerships in the township in the 1980s, selling Chevrolets and later, BMWs.

“It was history that a black man would sell cars because people thought black people were too poor to buy a brand new car. But Richard did it,” said Mohale.

Today, what firmly cements Maponya’s desire to economically develop Soweto is Maponya Mall, one of the largest shopping centres in the township at 65,000m².

In 1979, Maponya acquired land for the mall on a 100-year lease and, in 1994, he acquired it outright after several attempts. But the land lay vacant for more than 10 years as several attempts to fund the construction of the R650-million mall failed.

But after assembling funding and entering into a partnership with real estate development firm Zenprop Property, Maponya completed the construction of Maponya Mall in 2007, with former president Nelson Mandela cutting the red ribbon to mark its opening. It was one of the few malls to open in Soweto, which was underserviced in terms of formal retail space.

Maponya was able to easily move in business and political circles. He was the founding president of the National African Federated Chamber of Commerce and Industry (Nafcoc), which advocated the interests of black businesses under apartheid, in the 1960s.

Nafcoc, led by Maponya, Sam Motsuenyane, Reverend Joe Hlongwane and Archie Nkonyeni, was instrumental in forming African Bank, which was known as a “bank for black people”, after successfully raising R1-million in equity among other black entrepreneurs. African Bank launched its first branch in 1975 in Pretoria’s Ga-Rankua, but Nafcoc sold its interest in the bank in 1995 due to high regulatory costs associated with operating a bank.

When the ANC was banned in SA and the political party found refuge in Zambia’s capital of Lusaka, Maponya was part of a Nafcoc delegation that went to meet the party’s top leaders in 1986. He informed the ANC that black-owned businesses were committed to serving Soweto and collaborating with radical young people at a time when the township was volatile, with many shops being looted and burnt.

JSE listed REIT Octodec Investments Limited has announced its full year results, declaring a stable distribution of 200.9 cents per share, in line with guidance, and representing a marginal 1.2% decrease on the prior year against the prevailing poor economic and consumer environments. Total rental income grew by R97.1 million or 5.1% compared to the […]

The PayProp Rental Index has revealed that nationally, rental growth slowed to 4.14% in the last quarter of 2018, vs. 5.39% over the same period in 2017. Nevertheless, it was the first quarterly uptick in the rental growth rate in two years, and also the highest quarterly year-on-year growth for 2018. At R7,610, the average […]

University of Mpumalanga calls on homeowners to assist with accommodation