Truworths sales up 1.2% in despite tough retail market 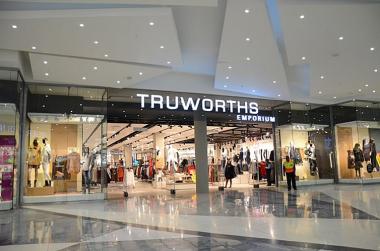 Retailer Truworths said on Wednesday retail sales for the 26 weeks to December grew by a mere 1.2% to R10.6bn as it faced tough conditions in both Africa and UK markets.

Retail sales for Truworths Africa, which is comprised mainly of the group’s SA businesses, increased by 2.7% in the period ending to December 29 while retail sales for the group’s UK-based Office segment decreased in sterling terms by 3.3% to £151m (R2.8bn).

The number of active accounts at Truworths Africa rose 3.5% to 2.8-million.

Truworths said it continued to experience challenging trading conditions in both its main markets.

Its peer, struggling retailer Edcon has shut the doors of one its underperforming Edgars stores in Rosebank Mall as a cost cutting measure.

The closure of the Rosebank Edgars outlet – a store almost as big as a rugby field – follows last year’s closure of 150 other underperforming stores under the group, including various Jet, Edgars and CNA stores.

Fashion and home retailers Mr Price and The Foschini Group (TFG) reported a mixed bag of trading updates, reflecting the effects of the weak economy and self-inflicted problems.

TFG led sales growth ahead of its peers in the nine months to December, while sales at Mr Price recovered in November and December.

TFG said consolidated turnover grew by 5.9percent for the nine months to December 2019, compared with a year earlier, in line with expectations in all regions, apart from TFG Australia, which exceeded expectations.