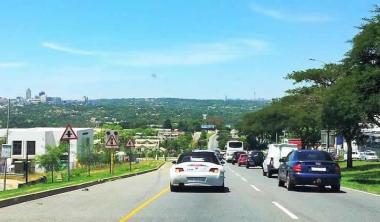 William Nicol Drive was named after the Dutch-Reformed minister and Transvaal administrator at the time of its construction.

William Nicol Drive, which connects Diepsloot with affluent suburbs such as Fourways, Sandton, and Hyde Park, to be renamed Winnie Madikizela Mandela Drive.

Meanwhile, the property node along William Nicol Drive is fast becoming the most sought after commercial real estate in the province.

In a notice published on social media on Wednesday (24 March), the City said that the proposed re-naming is in terms of its approved policy on the naming of streets and other public places.

It further called for comments or representations from interested and affected people or parties.

William Nicol Drive was named after the Dutch-Reformed minister and Transvaal administrator at the time of its construction. Madikizela-Mandela was an anti-apartheid activist and politician, and the second wife of president Nelson Mandela.

The proposed name change has been over a year in the making, and City mayor Geoff Makhubo said that the road would be renamed ‘in time’ following the public participation process and confirmation with Madikizela-Mandela’s family.

In February, Arts and Culture minister Nathi Mthethwa announced a number of name changes in the Eastern Cape which he indicated were for transformation purposes.

The minister said that the transformation of the naming landscape in South Africa is ‘a critical component of the heritage landscape as a whole’.

“There was a need for the name changes as this is part of a government programme to transform South Africa’s heritage landscape. The names of places we live in reflect the identity and cultural heritage of the people of South Africa,” he said.

Mthetwa said that prior to the changes, the Provincial Geographical Names Committee conducted public consultations on all the names that were changed.

“The South African Geographical Names Act provides for objections within 30 days from members of the public in instances that they are not happy with the gazette name changes,” he said.